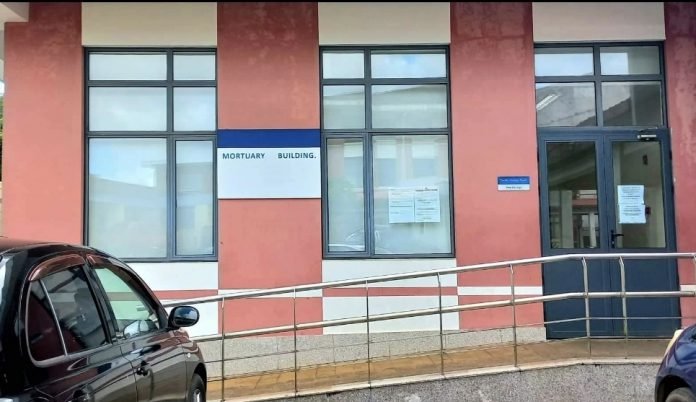 9 June 2022, Apia Samoa. The family of a pregnant mother who died in December 2021 have finally been able to take her body home for burial, after a forensic pathologist from Fiji cleared the backlog of cases that had been awaiting post-mortem examinations at the Motootua Hospital morgue.

Elisapeta Vaiotu from Vaimoso was a mother of four who was pregnant with her fifth child when she was found dead with stab wounds on her back in December last year, allegedly killed by her husband.

At the time, Deputy Police Commissioner Auapaau Logoitino Filipo confirmed the victim’s husband had been arrested and charged in relation to the deaths of both mother and unborn child.

In previous cases of pregnant mothers who have died at the hands of their husbands, charges in relation to the unborn child had been overlooked. The autopsy report for Elisapeta and her unborn child is therefore crucial to police investigations.

Six months after her death, Elisapeta Vaiotu’s family, as well as the families of other victims whose deaths are being investigated by police, can finally lay their loved ones to rest.

There is no qualified pathologist in Samoa, so border restrictions and lockdowns had made it difficult to expedite post mortem ordered by Police for their investigations.

A Fijian pathologist from Suva has been in Samoa for the past two weeks and has operated and assessed all eight bodies awaiting post mortems in relation to police cases, says Auapaau, with some cases dating back as far as 12 months.

The last backlog of post mortems was cleared by a team of Chinese pathologists who travelled to Samoa in May 2021.

“Families have been coming in to take the bodies of their loved ones for burial,” said Auapaau. “All of them have been waiting patiently for a coroner to be arranged.”

The Deputy Police Commissioner has also warned that given the circumstances and time that has lapsed, families are advised to ensure swift burial ceremonies, preferably on the same day the bodies are released.