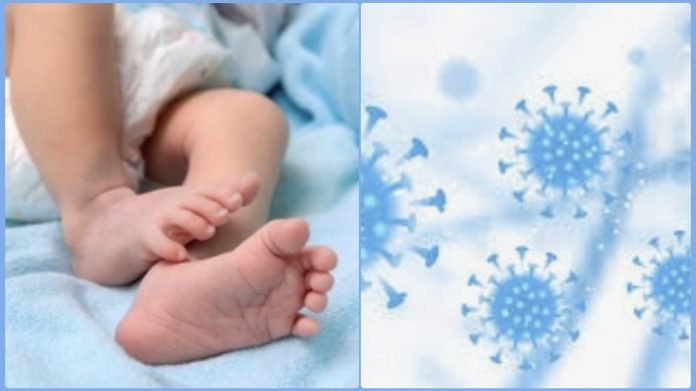 The latest Ministry of Health report showing the number of cases by age group, states there are 486 babies between 0-4 years who’ve tested positive with covid since the outbreak. The number is substantially higher than cases of children aged 5-9 years (249) and 10-14 years (348).

The trend was recognized in early reports issued by MOH; where the rate of increase for babies under 4 years was always higher than the other age groups of children under 15.

A look at the rate of increase for babies, recognized a month ago:

A comparison between two consecutive days conducted just under a month ago (26 March and 27 March) showed a higher rate of increase for babies under 4 years.

By April the rate of increase continued to be higher for babies under 4, with another two-day comparison showing an increase of almost 20% from one day to the next.

Fast forward 3 weeks and the trend looks to have continued with the number of babies under 4 years now sitting at 486, substantially higher than children aged 5-9 years (249) and 10-14 years (348).

One explanation for the higher number of babies under 4 years is that newborns are being affected while in the hospitals. Further breakdown of the total 486 cases such as an analysis of the age group below 1-year to show cases of 0-3 months, 3-6 months etc. could confirm or deny this possibility.

At a media press conference last week Director General of Health Leausa Dr Take Naseri said the report of cases by age group was being withheld because the information could be misconstrued by the public.

“Some are misinterpreting the data but the reason why there are more cases in the age group of 15-35 years is because they are coming in to be tested.. there are fewer elderly in reports but that’s only because the elderly don’t come in for testing, Leausa had said.

From the beginning of the community outbreak, the message to the public has been, get tested if you have been a close contact, or if you feel symptomatic.

The Ministry’s daily reminders urge the public to get vaccinated as the best defence against the Covid-19 pandemic, however, the latest report shows the gap between first and second doses for adults over 18 is 9,587 people (121,606 – 112,019). That’s almost 10k people who have received their first dose but not yet come in for a second dose, according to the report.

In contrast, there are 4,175 children aged 12-17 who have received their first dose but are yet to be brought in by their parents for the second dose.

Despite efforts by MOH and vaccinations sites across Samoa, adult boosters are moving along slowly with 52,260 of the population who are double vaxxed, still not yet boosted.

Adults are eligible for boosters after three months, meaning if you were double vaxxed before the end of January 2022, then you’re eligible for a booster now or in the coming week.

The NEOC and MOH had worked tirelessly for two years from early 2020 to early 2022 to maintain Samoa’s covid free status. The first community case was detected 17 March 2022. This made Samoa one of the last places in the world to allow Covid-19 into the community.