The live draw was held this evening at the Marist St Joseph’s Sports Clubhouse to determine the pools for the upcoming 7’s tournament scheduled for next weekend, 26 and 27 February 2021. 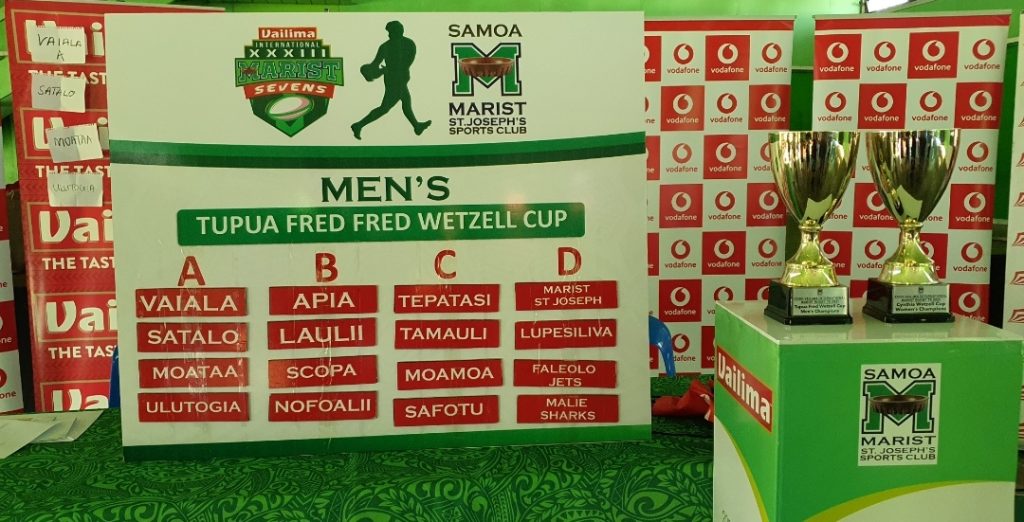 Moataa has slipped in performance over the last few years, however this year, former Manu Samoa 7s legend, Lolo Lui, takes up the coaching role for the men in white.

Pool B is one of the toughest pools with Laulii, SCOPA and Nofoalii. 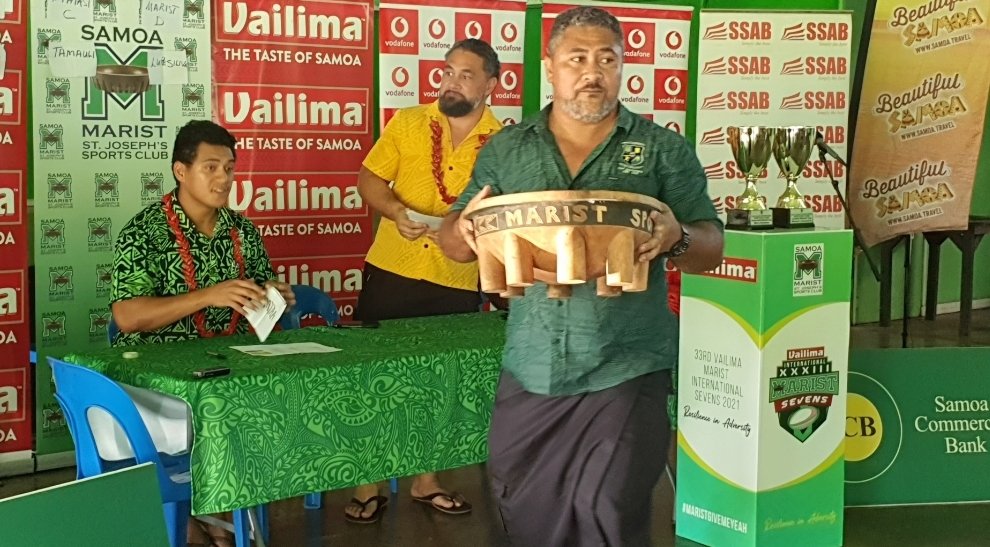 Laulii was the most consistent team in the recent Taula Apia Rugby Union 7’s that ran for 3 weekends. Laulii has four players in the National 7s squad – Paul Slater, Laaloi Leilua, Bright Tapeneko and Neueli Leutufia.

Pool C has Tepatasi, Tamauli, SSAB Moamoa and Safotu. Two teams from the Big Island of Savaii are both in this pool. 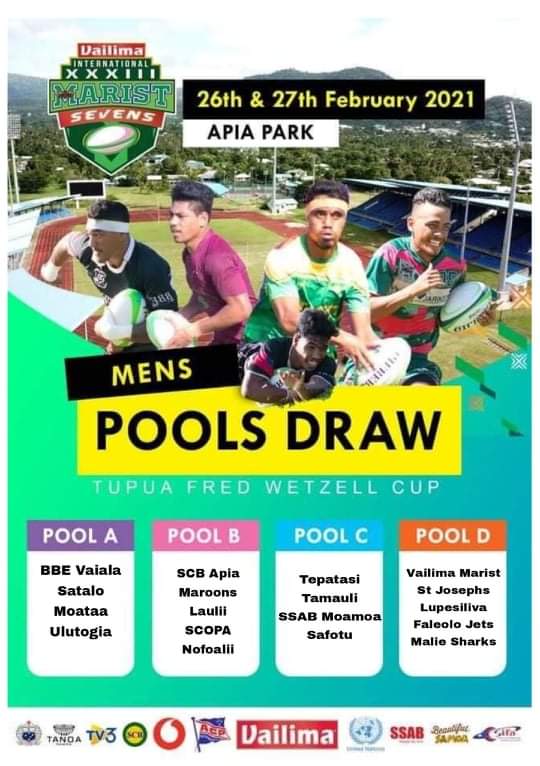 The hosts are in Pool D with Lupesiliva, Faleolo Jets and Malie Sharks. The Vailima Marist St Joseph’s side has one player in the national side in Elia Tuumatavai.

Notably missing from the draw this year are two sides whove been part of the Marist over the years – Vaimoso and Vailele.

Despite the economic downturn due to the global pandemic, the Marist St Joseph’s Sports Club have still managed to secure sponsorships for Samoa’s most popular 7’s tournament; and this year’s champs will take a cash prize of $15,000 tala.