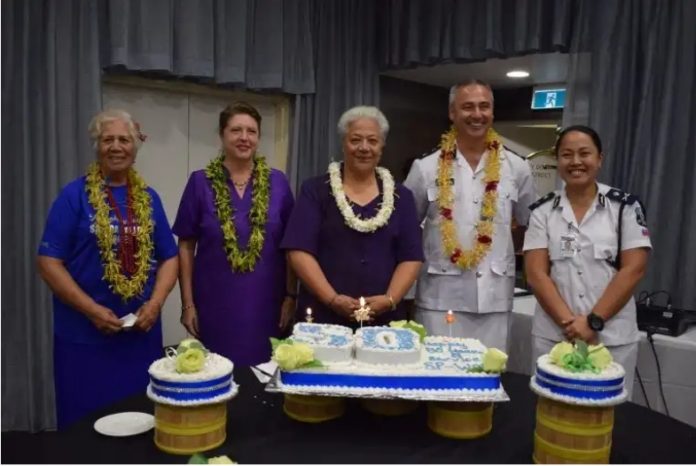 8 March, 2019. Samoa – Acting Prime Minister Fiame Naomi Mataafa commended the work of the Samoa Police Service during a event to mark International Women’s Day and celebrate 50 years since women were included in the Samoa Police force.

“Policing is indeed tough and it requires those with determination, dedication and the willingness to carry out the mandatory function of the police force;

“You are called upon when problems arise and when the security of our villages and homes are threatened;

“The police are called up when there is a breach to the peace of Samoa,” added Fiame. 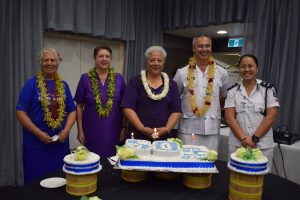 TheThe Deputy Prime Minister spoke of the public’s high expectations of the Samoa public when called into situations.

“You are expected to be calm when responding to situations that are either violent or in disarray;

“Our people expect professionalism, courtesy and respect at all times.”

The Acting Prime Minister congratulated the work of women in the Samoa Police force, making note of the additional roles that women also uphold within the Samoan community.

“Our nature in our decision making, priorities and opportunities to make a difference as women, makes us unique;

“I urge that you continue with the significant progress in advancing gender equality, empowering women and supporting each other as equal partners who are ready, willing and able to expand your policing skills and abilities.”

Fiame closed her remarks with a reminder of the importance of the Samoa Police Service oath.

“Lastly, to remind you all of the importance of the concluding phrases in your Oath of Office which states, “I will discharge all the duties thereof faithfully according to law – So Help Me God”.

“Through your support, women are able to help steer your vision so that the Samoa Police Service remains a trustworthy organization that is relied upon by the community, Our Government leaders, diplomatic corps, and especially the people of Samoa.”