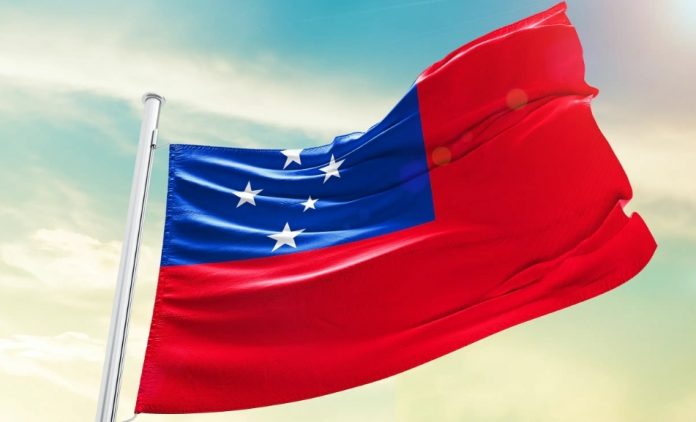 The police have warned the general public that any writings or any actions to “deface” the Samoa National Flag is prohibited under the National Flag Act 1994.

“We are investigating the reports on social media and also some proof of photos taken by members of the public posted on Facebook,” Auapa’au said.

“The penalty for such actions is six months imprisonment or a fine no less than $1000 tala, or both,” he added.

The National Flag Act 1994 Section 7 indicates offences and penalties faced by anyone trying to deface the national flag of Samoa.

“(1) Every person who defaces the Flag of Samoa or willfully causes such flag to be torn, destroyed or so defaced shall be liable upon conviction to imprisonment for a term not exceeding 6 months or to a fine not exceeding $1000.00 or to both such imprisonment and fine.”

Auapa’au said, investigations are continuing on these reports and if confirmed, there will be possible arrests of people defacing the national flag with writings.

“This is a good reminder to everyone, because I know most people don’t think too much about it and don’t know that it is as an offence, but it is,” Auapa’au reiterated.