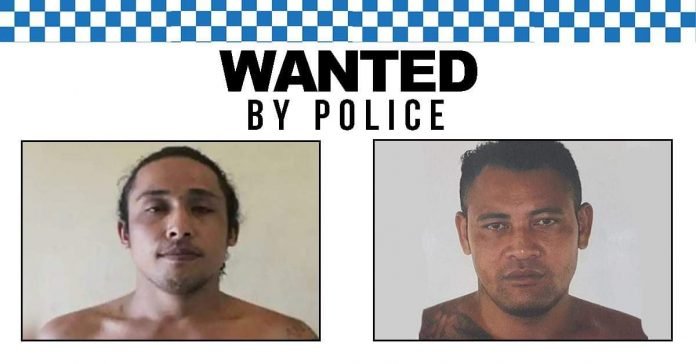 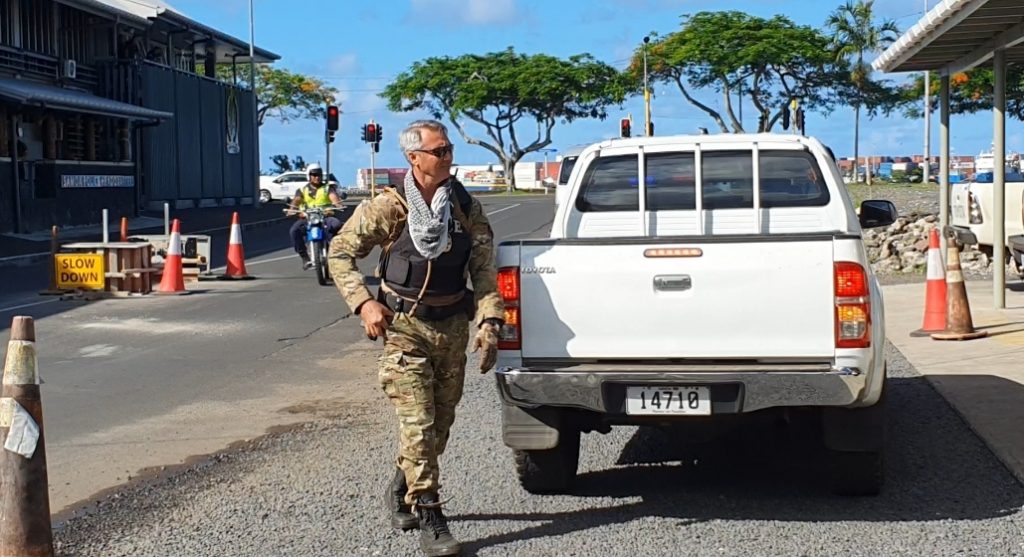 Pati Chong Nee has been at large since he escaped from Tafaigata Prison in January 2019; and convicted murderer Vave Siifua Soifua Faisauvale, paroled in 2018, breached his parole conditions and has been on the run for the past two years.

Speaking to the media at Police headquarters this afternoon, the Police Commissioner said an informant had told them Pati Chong Nee placed a gun to his head and threatened to kill him. He also told Police that Pati was living with a woman.

“Pati is being sighted planting marijuana and living with a woman in Faleatiu”, said Su’a.

“This guy Vave is actually digging holes at the back of his house to store and cover marijuana, and he is also carrying hand guns..”

Su’a warns the public that these two men should not be approached.

“We consider them both armed and dangerous”.

In February 2019 just weeks after Pati Chong Nee escaped from prison, he and Aniseko Vaelei broke into the One & One Shop at Vailoa armed with machetes and stole $60,000 tala.

“It’s unacceptable that this guy is roaming around especially now that we’re hearing he is putting guns on people’s head and threatening to kill them.., but we do know he is also running around with a woman named Pepe,” said Su’a. 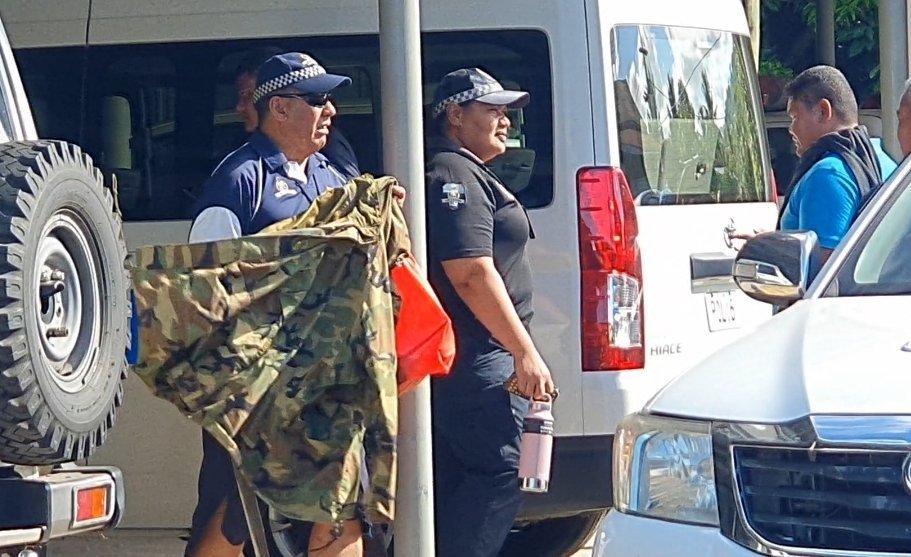 Th escaped convicts were not located despite police carrying out a thorough sweep of a large area all the way to Satapuala, in an operation that took over 12 hours.

The Commissioner said this gave them opportunity to check out Faleatiu for drugs and are happy to report the place is almost entirely clean and free from any marijuana plantations.

Su’a said only one marijuana plantation with 127 plants and seeds were found during the police sweep of the whole area inland of Faleatiu village.

“But that doesnt mean e gaka ai ii…they can grow it again tomorrow if they want, but the good thing is, ua amaka ga kau alu i lalo.”

Police obtained a warrant to carry firearms, but Su’a said they did not meet any resistance except for a few small traps thy had come across on the way back.

“On our way down we found small traps…

“They put big rocks on the road to block and cause damage to vehicles”.

Police Commissioner Su’a Fuiavailiili thanked God for protecting his team as well as their partners FESA and Health officials who joined them today.

He also thanked the pulega a Alii ma Faipule of Faleatiu and also the Pulenuu who assisted in trying to search for the prisoners.

The Commissioner said the hunt for the 2 escapees will not rest until they are brought back into custody.

“Our goal is to bring this guy into custody again and we’ll do everything..

“We’ll get some good leads like we did this time, and we will go up there again..

“We will never stop searching for Pati Chong Nee..”