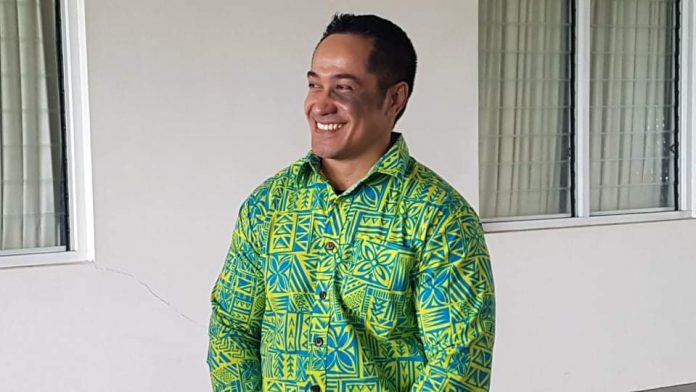 A police sergeant charged with posession of an unlawful weapon was discharged without conviction today by District Court Judge Leota Raymond Schuster.

Shrikrishna Schwenke was fined $1,000 payable to Court and $200 to the Samoa Police.

Responding to questions from Samoa Global News, Police Commissioner Su’a Fuiavailiili Egon Keil says Sergeant Schwenke could be reinstated following the Court decision, however, it is also dependent on an internal investigation.

“I would need to see the court decision and also talk to him personally and go through his internal misconduct investigation;

“But if all looks good and he’s still interested in continuing his service to the people of Samoa he should be reinstated to full duty. However, like any officer who has been away for some time, we would need to complete a refresher course prior to field deployment”, said Commissioner Keil.

Sergeant Shrikrishna Schwenke entered an early guilty plea when he was charged with possession of a. 38 revolver and ammunition, which he says had been under a bed in his home for over four years. Schwenke says that the firearm was first handed to him by his then Senior Sergeant Ituau Ale Jnr, after the SIDS conference in 2015.

Schwenke told the Court that Ituau Ale Jnr handed the gun to him, and told him to take it home and test it. When he returned the next day, he said he told Ituau that the weapon seemed to be faulty, and asked if he should take it to Tagaloa Todd Iosefa, to place into the police armoury. According to Schwenke, Sergeant Ituau Ale told him not to submit the weapon to the armoury, but to take it home instead.

A Corporal at the time, Schwenke said he had also sought the advice of then Assistant Commissioner Fauono Talalelei Tapu, who advised him to follow the instructions of his senior officer.

Four years later, Senior Sergeant Ituau Ale reported the weapon to police, claiming that Schwenke had an unlawful weapon at his home. A police raid followed and found the weapon still under the bed where Schwenke said he had put it years earlier.

Defense Counsel Precious Chang claims Ituau Ale Junior had ulterior motives for reporting the gun years later, only because Schwenke had received a promotion he had wanted.

The District Court had also ordered missing evidence to be handed in; an email said to have been sent to the Assistant Commissioner which was not in Court files.

What seems to have been an internal feud led to hours of Court time, ending in the discharge without conviction announced today.