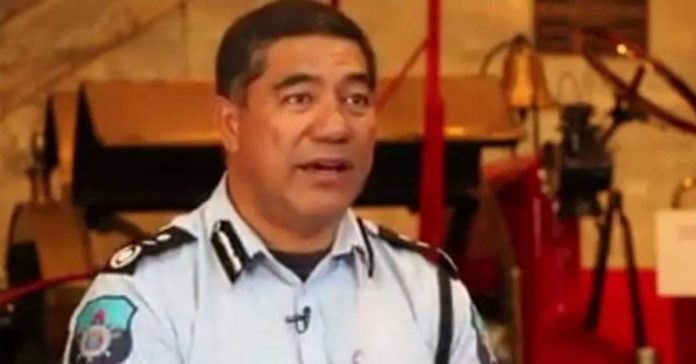 Wednesday 2 June 2021, Apia Samoa. Police and firefighters have scaled down a search and rescue (SAR) mission for the body of a fisherman swept out to sea at Saletele, Fagaloa while fishing with his brother last Saturday night.

Over 20 police and firefighters responded to the call on Saturday, and searched through to Tuesday night, without success.

Police Commissioner Su’a Fuiavailiili Egon Keil said they have scaled down the search after efforts by Police, FESA as well as family and village who assisted returned unsuccessful.

“As of now, and after days of searching, coordinated efforts and resources by both Police and FESA could not recover the fisherman’s body”, said Su’a.

Samoa’s Fire and Emergency Services Commissioner, Tanuvasa Petone Mauga said the two brothers were out fishing using local rods on the reef when sudden huge waves hit them and pushed them apart.

“One managed to crawl back, but the other unfortunately didn’t make it”.

The lost teenage boy, believed to be 19, is from Sauano and Saletele.

In a second similar incident within three days, Tanuvasa told Samoa Global News that Police and FESA were now also responding to a call that came in from Sagone Savaii on Independence Day.

“FESA and Police were also alerted last night and we responded but it was too dark. We went back this morning and the operation required divers are now doing a sweep of the area,” said Tanuvasa.

The Fire and Emergency Services Commissioner urges the public, especially young men fishing on the reef to be more cautious and alert.

“This is the second incident in a matter of days and we urge our young men, especially those fishing on the reef with rods, to be aware of the dangers especially if they are not strong swimmers,” said Tanuvasa.