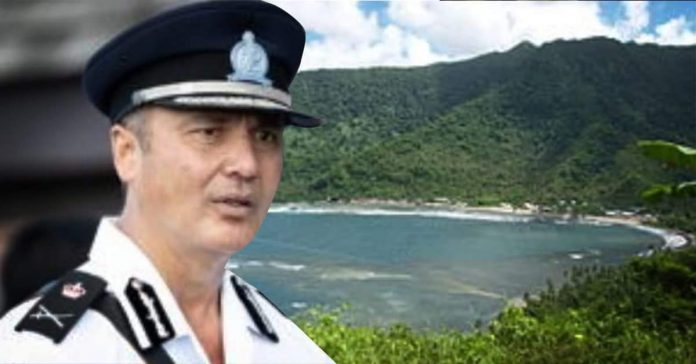 24 September 2019 Apia Samoa. One man has been arrested in relation to the suspected arson of a home and surrounding properties in Taelefaga, Fagaloa during the early hours of Friday morning.

Police Commissioner Su’a Fuiavailiili Egon Keil has confirmed that, “One man has been arrested and there may be more,” as police continue their investigation.

A matai from Taelefaga village told Samoa Global News that Fialele had been banished from their village several years ago, following a Lands & Titles Court matter which Fialele had incidentally won, resulting in the removal of some of his family members from the land.

He said the family members who were removed had always lived on that land. He added that Fialele had moved away from Samoa many years ago when he was a teenager.

The issue leading to the suspected burning of Fialele’s property arose when Fialele recently returned to Samoa and to the village, wanting to bury his wife on the family land at Taelefaga.

According to the source, the village had received two letters from the Lands & Titles Court requesting their attendance to a mediation over the matter.

“I was in the meeting when they read out the letters;

“The village decided not to attend the mediation.”

The matai said that the village did not agree with Fialele going to the Lands and Titles Court, and were offended that Fialele had not come to them first.

An officer of the Court confirmed that two letters were sent requesting the Taelefaga village council to attend a mediation, however, only Fialele’s side turned up. This led to a third letter from the Lands & Titles Court, informing the village to not interfere with funeral preparations for Fialele’s wife.

However, funeral preparations were brought to a halt when a fire last Friday morning destroyed the main family home, and several other properties. Fialele and his family have been forced to stay at a motel in Apia and according to a family member, they are continuing with funeral preparations as intended.

A Pulenuu from another village of Fagaloa told the Samoa media that he felt the village should not have interfered in family matters.

Police continue investigations into the matter.