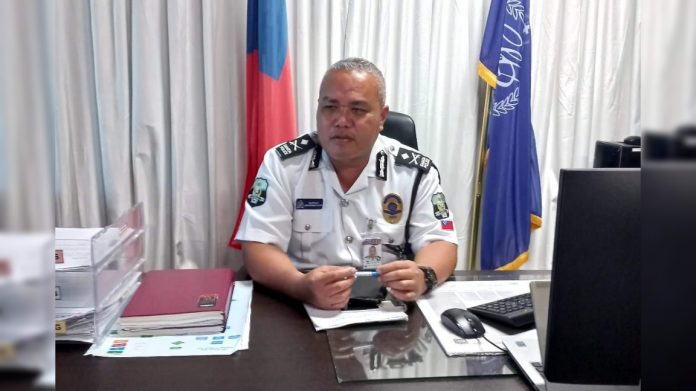 Samoa Police are looking for answers as to why witnesses and victims of the fish market machete attack did not turn up to Court, which led to all charges against the accused being dismissed.

A former prop for Toa Samoa, Tagaloa Maugaloto Palu, 38 at the time of the incident, was filmed by witnesses as he entered the fish market on Saturday 30th May 2020 with a “shiny new machete” as witness told SGN.

The incident left two brothers from Afega, Moleni and Iosua, hospitalised with severe injuries – machete wounds from the attack. The brothers work on a fishing boat docked near the fish market.

The incident was widely viewed by the public on social media through a bystander’s video that went viral. It was also witnessed by shoppers and vendors of the Savalalo fish market, who told SGN they had feared for their lives and packed up their stalls early that day.

One witness told SGN: “They fell against the boat, leaning on it as they struggled, and then Molegi fell into the sea.. his leg and back were slashed and there was blood everywhere”.

“Iosua also had a gaping wound on his neck and you could see it wide open”.

The two men from Afega spent days at Motootua Hospital and survived despite the seriousness of their injuries.

Maugaloto was charged with attempted murder against both brothers, but the Court process was delayed and adjourned several times due to the political crisis and covid-19 lockdowns. Since the May 30th incident, Maugaloto has also appeared in Court for drug related charges.

When the case was called before Justice Fepuleai Ameperosa Roma two weeks ago for a hearing, Prosecution said witnesses were unavailable. It had been the third adjournment without witnesses, and the Court declared all charges against Maugaloto dismissed.

Samoa’s Police Commissioner says they want answers, and an investigation has been launched into why the witnesses did not turn up to Court.

In an interview with Samoa Global News, the mother of Moleni and Iosua expressed her disappointment with the Court process and says justice has not been served for the viscious attack on her boys.

She says at the beginning of the Court process, everytime they were told the case was scheduled, they diligently turned up to Court.

“Me and my sons, we would all go to Court whenever they tell us the case is on,” said Felila. “But it ends up, it’s been adjourned..”

The solo mother whose husband died several years ago told SGN that her sons work on a fishing boat and this is their only source of income.

She admits there have been times when Police have come to inform them of Court dates, and she has asked if they could consider a date when her sons are not scheduled for a fishing trip.

“My sons did miss out on their trips when we were first asked to be in Court, but after a few adjournments, we could no longer afford it, and I would ask the officers who came to inform us, if a different date could be assigned..”

“We have asked, for times when there is a clash with fishing boat trips, because that is our only source of income,” said Felila.

The victims’ mother said they were very shocked and saddened to hear that all charges against Maugaloto, were dismissed.