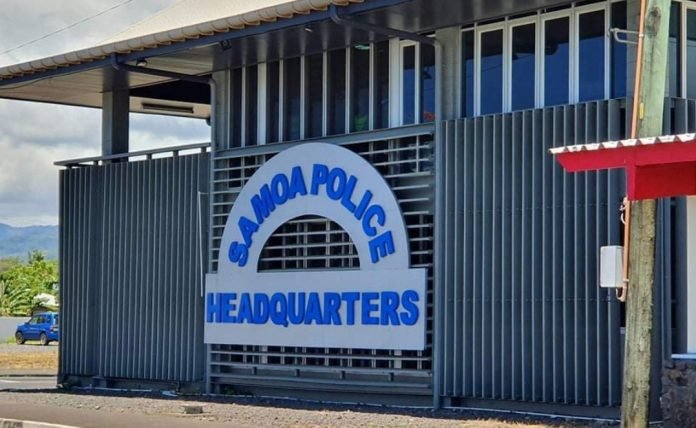 13 October 2021, Apia Samoa. Police Inspector Kenneth Komiti has been placed on suspension pending an internal investigation over claims he allegedly altered police documents in connection with a drunk driving case pending before the District Court involving a businessman.

The investigation is being carried out by the Ministry of Police Professional Standards Unit (PSU).

Komiti is a Commanding Officer for Police Prosecutions who has been working out of the Attorney General’s office for over 10 years.  He has been accused of amending police records in relation to a businessman charged for Driving Under the Influence (DUI).

“Pursuant to Section 42 of the Police Service Act 2009, I hereby suspend Inspector Kenneth Komiti from official duties pending the results of the investigation against him. The suspension is effective as of today, Wednesday 13 October, 2021,” states Auapaau in the internal memorandum.

Samoa Global News reached out to Mr Komiti for a comment earlier this week but at the time, he had not been formally notified.

“I am not aware of any investigation against me, and therefore I will not say anything at the moment,” said Komiti.

The internal memorandum also informs the Human Resource Management and Finance Units of Police to “proceed with necessary documents to effect this decision immediately”.

Last year in July, Inspector Komiti was suspended in relation to his handling of a firearm that had been at the centre of a criminal case pending in Court. He was, however, reinstated a month later. 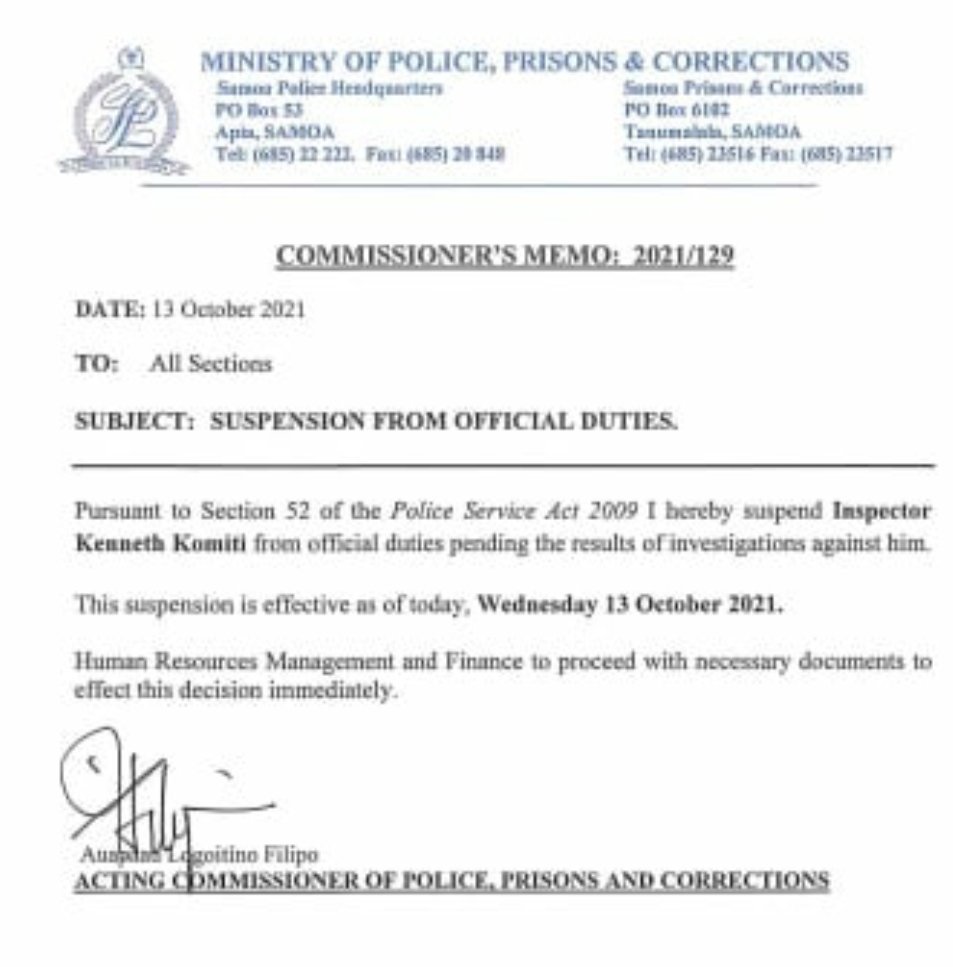 Acting Police Commissioner Auapaau Logoitino Filipo says the Inspector has been placed on suspension to allow the PSU to carry out its investigations. “The Samoa Police Service treats all such matters seriously and upholds a zero tolerance for such behaviour,” said Auapaau. “However the investigation has just been launched and we await the results and findings of the PSU.”