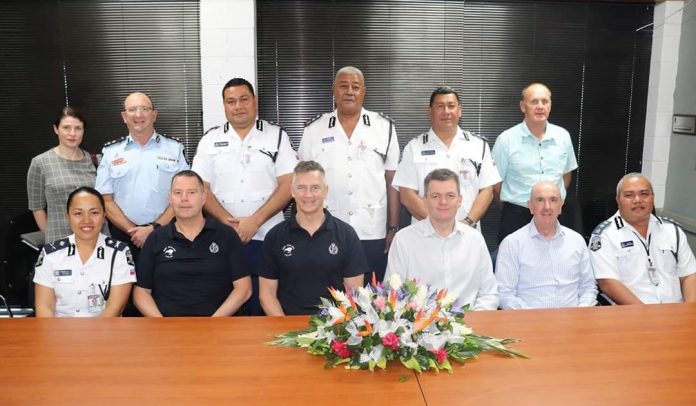 According to an SPS release, “It was an opportunity for SPS to discuss ways of ongoing assistance from both agencies, and highlight opportunities to strengthen police to police co-operation”.

Papalii acknowledged the support from both Australia Federal Police (‘AFP’) and New Zealand Police (NZPOL) in advancing the Samoa Police Service through capacity building, capability support and resources throughout the years.

Courtesy gifts were exchanged between the Police Commissioners.

Both Commissioners also had the opportunity to tour the Samoa Police headquarters.