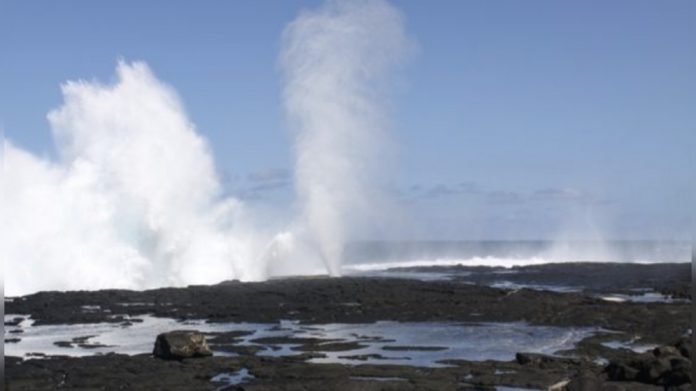 Saturday 2nd April 2022, Apia Samoa. Two search operations for fishermen missing at sea in Savaii was on Friday called off in a joint decision by the Samoa Police (SPPCS) and the Fire and Emergency Services Authority (FESA).

SPPCS and FESA responded to two separate incidents last weekend, of fishermen who had been pulled out into open waters while fishing. Two men from Aopo returning from Asau where a group had gone fishing last Saturday, were struck by waves while walking along the lava rocks, causing them to fall into the ocean.

The body of one was man was recovered by rescue workers on Sunday afternoon, however, the search had continued for the second. The Samoa Police special diving unit have together with FESA’s Asau rescue team continued the search until the decision to call on Friday afternoon.

In another incident on that same night, a fisherman from Taga had actually dropped off his first catch of fish to his wife at home, before heading out again on Saturday night. The Maota rescue team of FESA responded that night with the help of Police and villagers. The search continued with the assistance of the Samoa Police special diving unit, until it was also called off on Friday after six days.

Deputy Police Commissioner Auapaau Logoitino Filipo said the decision to call off the search was well understood by the families of the two men in the respective searches.

“We have had 11 members of our special search and rescue unit in Savaii all week, including trained divers and drone operators,” said Auapaau. “The families have been with the teams all week, and have expressed their agreement with the decision that the official search has to now be called off.

“Our sincere condolences goes out to the family of the young man from Aopo, as well as the wife and children of the husband from Taga,” said the Deputy Police Commissioner.

Commissioner of the Fire and Emergency Services Authority, Tanuvasa Petone Mauga said FESA’s Search and Rescue team had three members assigned to Asau and four in Taga. He said the parents of the young man from the Asau incident were consulted. “We had discussions with his father, as we always do with the families, to explain the situation.”

In another tragic drowning incident on Sunday 30th January year, the bodies of two young men in their early 20s could not be recovered in a drowning incident in Samalaeulu, Savaii. The two boys, first cousins but were brought up as brothers had gone swimming in a place known as Solomea when one boy got caught by undercurrents. The other tried to rescue his cousin but could not fight off the pull of the tide and fiercely strong currents in the area.

Both Auapaau and Tanuvasa issued warnings at the time, for the public including experienced fishermen to be aware of undercurrents and unpredictable weather patterns emerging, as well as the risks of being hit by waves, while walking along lava rocks in Savaii.