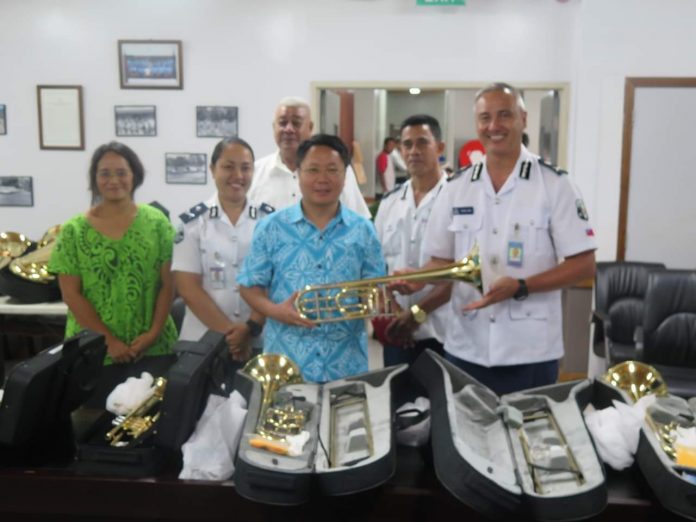 28 February 2019, Apia Samoa. Commissioner Fuiavailiili Egon Keil, accepted the donation of musical instruments from the Government of China, through the Chinese Embassy in Samoa.

China’s Ambassador to Samoa, His Excellency Wang Xuefeng officially presented the new musical instruments to the Commissioner and Executive.

Commissioner expressed his graditute to his Excellency, Mr Wang Xuefeng for the instruments donated for the important work of Samoa’s Police Band.

HE Xuefeng was very happy to present musical instruments which included  4 Trombones, 4 Trumpets, 2 Tuba and 2 Snare Drums on behalf of the Government and the Republic of China. 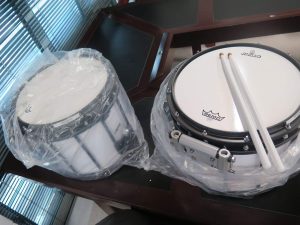 His Excellency has officially finished his tenure as Chinese Ambassador to Samoan and will return to China at the end of this month.

A police statement says, “These instruments will go into improving the profile of the Police Combo Band which has been a feature of the Samoa Police in the commemoration of numerous Government celebrations.”