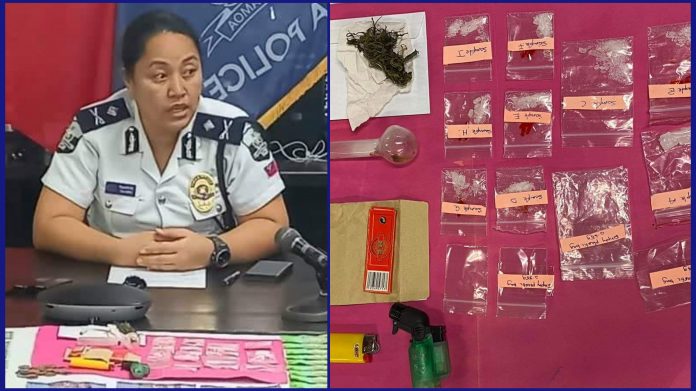 Friday 10 July 2022, Apia Samoa. Samoa Police arrested a 51 year old repeat offender during a drug raid of a home at Lotopa near Apia.

Acting Police Commissioner Papalii Monalisa Tiai-Keti in a media conference Friday afternoon said the accused was no stranger to police, as he was released in February 2021, after serving five years for similar offending.

According to Papalii, drug offenders who are released back into community after serving time continue to be under the watch of police.

“The Ministry’s monitoring role continues after offenders are released from Tanumalala,” said Papalii, “to ensure the rehabilitation programmes are

However, according to Papalii, police were alerted to the number of vehicles that frequented the accused’s home at Lotopa, and were also suspicious of the cars he drove, when he did not have a full time job.

“He was switching cars regularly, and they weren’t cheap cars.”

He said the cameras were of high-end technology not found in Samoa, where the memory cards can be removed, and therefore the footage can be lost.

“These cameras have memory cards which were all confiscated during the raid, and our investigation will now move to scan through the footage,” said Auapaau.

The Deputy Commissioner added that additional charges may then be brought against other individuals who may be connected to today’s drug raid.