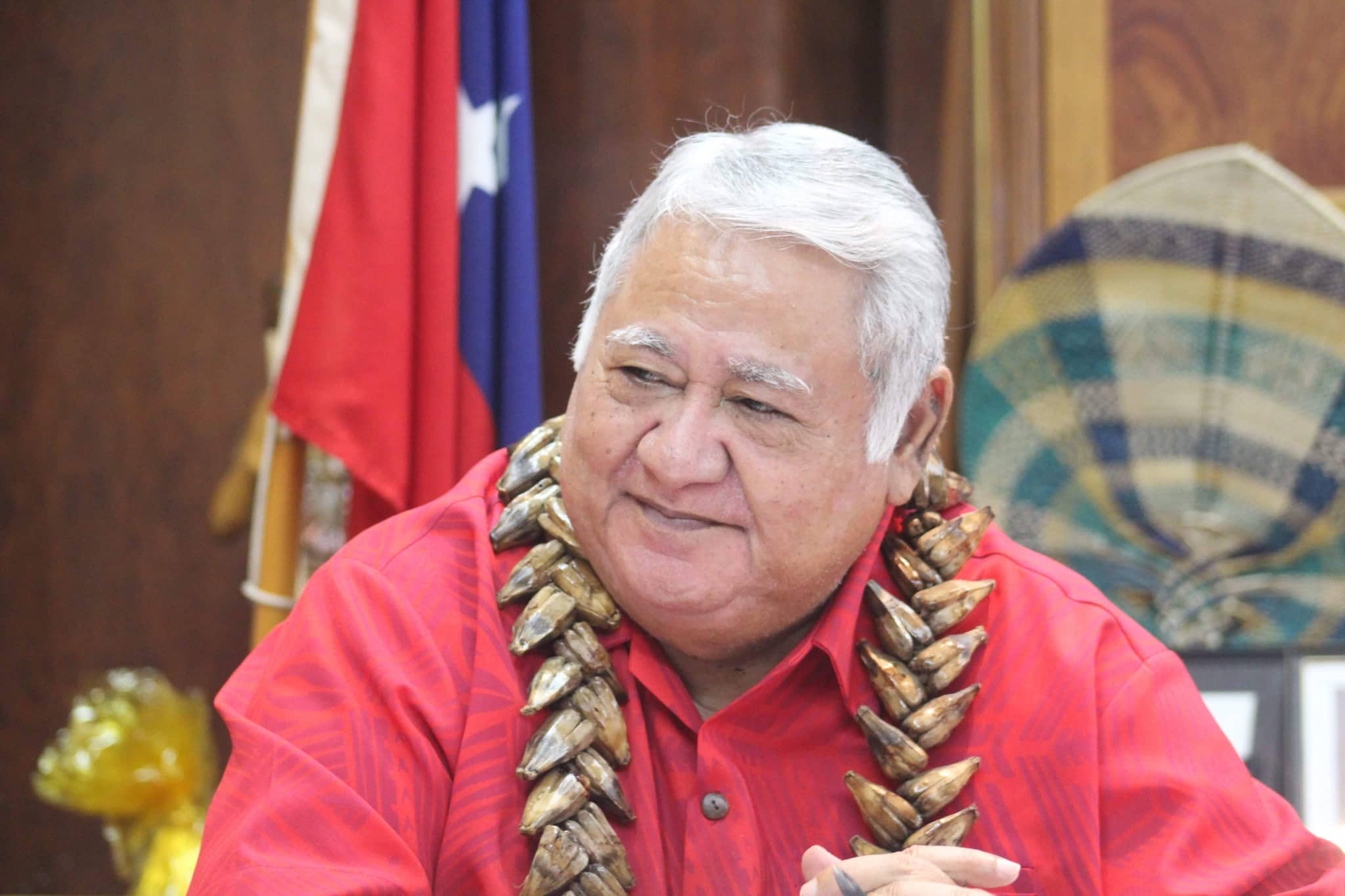 Prime Minister Tuilaepa Sailele Malielegaoi has urged Samoan people living overseas to spend their time wisely in taking care of their families instead of being easily fooled by people such as OLP.

Tuilepa made the comment when he was asked for a comment in connection to Tala Pauga’s arrest last week.

Mr. Pauga was charged by the Australian police in connection to the incident that occurred in Brisbane, Australia during the launched of the Samoa Airways flight when the prime minister was giving his speech.

“I saw pictures of the accused and he is a young fella who cuts his hair bald,” Tuilaepa told the media.

“This young man and many other people who resides overseas they have been deceived with so many reports by OLP.

“People who live in overseas countries think Samoa is being run by “cowboys” which means everyone in the government is bad, and that there are no good people.

“That is exactly their belief, and I don’t blame them if this is what they are there.

“That is what they believe, however some of them when they come over they are in shock when they see the level our country is at right now.

“Most of these people who come over they expect Samoa is in a war zone because of what they were told by others.”

Tuilaepa said it’s sad because some of the people who are doing this works for the government and some of them are lawyers by profession.

“They try to deceive our people overseas and make them believe in all these nonsense because the election is coming up,” said Tuilaepa.

“They don’t want the people to vote for the HRPP and its members hence why they are spreading false news to our people who are living overseas.

“They are doing this thinking the government doesn’t know about it, but we do and I always knew that this is their plan.

“They have now set up a new party because they want the people to vote for them so they can come and take over.”

Prime Minister said it doesn’t worry him at all because the people know the truth.

Speaking about Mr. Pauga Tuilaepa said he is one of the people who have been deceived by all these nonsense.

He went on to say that he hopes Mr. Pauga will be able to make through the Australian law.

“We cannot escape from the law and the law is owned by the Australian government so there is nothing we can do about it,” said Tuilaepa.

“It is the same when a foreigner comes to our country and he breaks the law they have to face the consequence.

“So I hope this brother will be okay as he faces the consequences of breaking the law in an overseas country.”