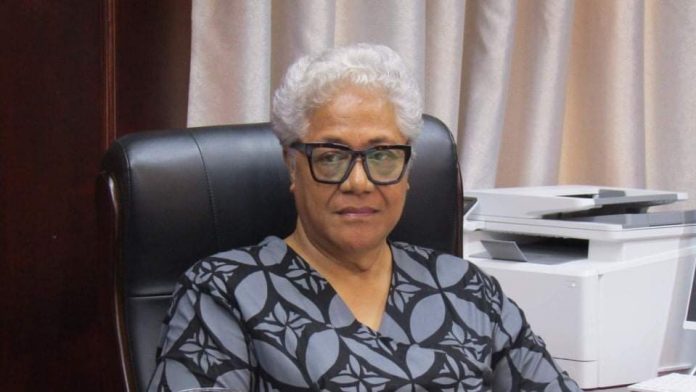 Samoa’s Cabinet has approved a new “Chief of Staff” position for the Office of the Prime Minister that is to be remunerated at the ACEO level or annual salary of around $85,000 tala.

The confirmation came during the Prime Minister’s weekly post-cabinet press conference when Fiame was asked by local media about a rumour circulating that she had already appointed someone to the newly created position.

The Prime Minister did not deny the rumours and confirmed the new position would be a direct appointment by Cabinet.

Fiame told the media this was not new, and in line with the usual practice of Ministers being able to appoint their own support staff and positions such as Secretaries.

“The only part the Public Service Commission it deals with is the salary range which to me, is on the ACEO level,” Fiame said.

Fiame added that this post is a higher level one and the person appointed should be well qualified to take it.

The Prime Minister did not confirm any names of who she may appoint, however, reliable sources at the Central Bank of Samoa say their Manager for Human Resources has resigned and accepted the offer from Prime Minister Fiame to take on the new post as Chief of Staff.

Mixed emotions have been aired on social media about the new appointment, however, Fiame has reiterated that it is up to the PM to decide who takes it.

Asked of the position’s roles and responsibilities, the Prime Minister said this person would be a helper to her, in coordinating the various Ministries under the Prime Minister’s direct portfolio as well as those through Cabinet.

Asked what the Samoan would be for Chief of Staff the Prime Minister joked, “Sifi o le Aufaigaluega”.