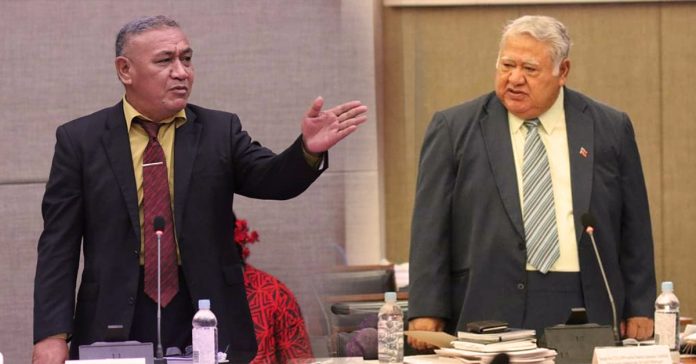 Tuilaepa’s concern is that this may deter Chief Executive Officers of Government Ministries from presenting complete information to Parliamentarians.

Tuilaepa raised this during his weekly programme with the media when he was asked about the Member of Parliament for Salega East, Olo Fiti Vaai using the word “corrupt” to describe some Government activities from the past year.

The Prime Minister says that MPs like Olo Fiti Vaai seem to be using the information they receive from CEOs during parliamentary committee assessments, to make themselves look informed about the issues.

Olo Fiti Vaai has hit back to say that all the information received within Parliamentary Committees are open to the public and that they attend Parliament as representatives of their constituencies and not as committee members.

“There is no such thing as confidentiality before the Committee.”

“When I am in Parliament I represent the interests of the people of my constituency, I am not there as a Committee member.”

Olo is a member of the Budget Expenditure Committee, with seven other Members of Parliament.

Olo laid out the situation saying that Parliamentary Committees have the authority to summons and  charge whomever refuses to come before the committee.

Olo says that the Prime Minister is defending the government very well but adds, “He gets personal when he runs out of bullets”.