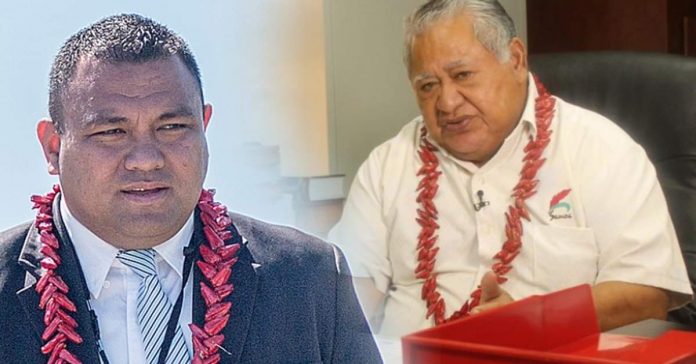 13 June 2019 Apia Samoa. The Prime Minister confirmed that he had received a letter from former CEO of Justice Papalii John Taimalelagi, claiming that the Minister of Justice Faaolesa Katopau Ainuu and a Public Service Commissioner Auelua Samuelu Enari had forced him to agree to allegations against him that led to his dismissal.

Prime Minister Tuilaepa shared the details of Papalii’s letter during his weekly media conference yesterday afternoon, saying that Papalii had expressed his disappointment with the PSC process.

“This means that although he agreed to the allegations, but he was forced, and so he is expressing his sadness about it all;

Tuilapea told the media that he was copied into all the letters of complaint against Papalii, and that the PSC had also received letters from the Heads of the Ministry’s various divisions.

“I have read all the letters of complaint brought against Papalii, written to the PSC and copying me;

“Some letters which contain serious allegations were written by senior staff of the Ministry, and that is the most sensitive part,”

“We have information given directly from those who head the various divisons of the Ministry.”

The Prime Minister went on to say that the Public Service Commission therefore had to do their duty, and investigate the complaints.

Tuilaepa spoke well of Papalii’s service saying that he was a faithful public servant, well qualified for the role he was selected in, however, the Prime Minister added that the reports against Papalii contain very serious allegations that he would not like to see aired in open Court.

The Prime Minister said that the best advice for Papalii at this time, is to accept Cabinet’s decision, and let the matter be laid to rest to avoid public scrutiny of the details.

Contacted for a response, Papalii said that he has been advised by his legal counsel to refrain from media comments as they continue the fight to clear his name.