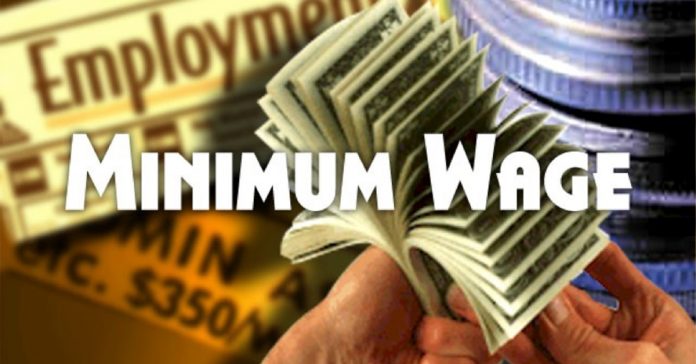 18 January 2019, Apia Samoa. Calls to increase Samoa’s minimum wage currently at $2.30 sene an hour depends on the Private Sector according to the Prime Minister.

“Government is not oblivious to the fact that any rise in the hourly wage is primarily up to the private sector”, says Prime Minister Tuilaepa Lupesoliai Sailele Malielegaoi.

The Prime Minister goes on to explain that it is an issue of affordability and factors such as inflation and disposable income have to be considered.

“There is a lot more to this than meets the eye.”

“Any raise in the minimum wage is dependent on private sector’s ability to absorb it among other related issues.

“In making such a recommendation, the Ministry of Commerce, Industry and Labor (MCIL) takes into account what government and the private sector can afford.

“MCIL also have to consider variables like inflation rates and its effect on disposable incomes.

“The key word here is affordability.”

The Prime Minister referred to the closing of tuna processing plants in American Samoa as an example of how an increases to minimum wage can force businesses to shit down.

“For instance, the mandated federal minimum wage imposed by the United States Congress in American Samoa some years ago instantly led to the closing down of the Van Camp fish processing plant there,” Tuilaepa said.

“We all want to raise minimum wage but it has to be a measured increase and at a level the private sector can absorb.

“There is no point in raising minimum wage and immediately results in businesses closing down.

“Then all we will get is looking at a bunch of numbers while there are no jobs.”

“This is one of the issues that my administration is mindful of whenever there is talk of wages and benefits.”

According to the Prime Minister, the private sector had requested a grace period in 2014 when the last increase to minimum wage was implememted.

“The private sector could not afford the last hourly wage increase approved in 2014 so it’s implementation was delayed to 2015.

“But it was delayed in response to the request by the private sector employers for a grace period for them to embrace the increase and get their financial houses in order to minimize any drastic impact such as lay-offs and redundancies.”

“That is how my administration operates based on merits, facts and numbers and not politically infested promises.