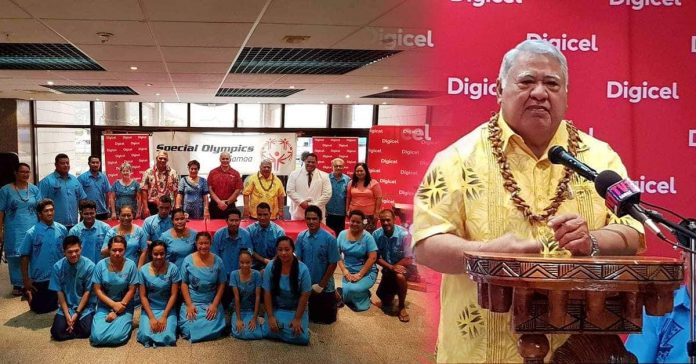 His comment was made during his keynote speech at the official farewell by sponsors and dignitaries this week at the foyer of the Government build.

“You have been blessed by the faifeau. Be courageous like (King) David. Bring back 30 gold medals.”

The sports in which team Samoa will participate in includes unified football, athletics, and power lifting.

Chairman of Special Olympics Samoa Letaa Dan Devoe told the media during his interview that the athletes are ready.

He added the only challenge faced by them is funding however, he said all their supporters and key partners including Digicel Samoa have already paid for their trip.

“Special Olympics is a non-government and non-profit and the usual problems is funding but as you heard we have the support of our donors they fully funded our trip.

The team will leave for two weeks on the 6th of March.