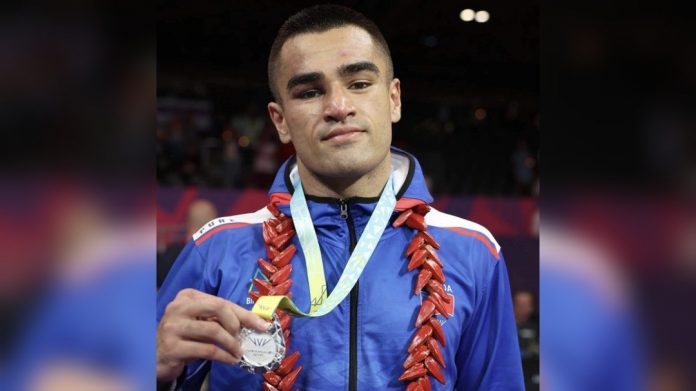 The Sydney-based Australian-born Samoa Olympian says he thought he had done enough to secure the gold medal for his country against the might of games hosts, England, but the judges saw it differently.

“To be very honest I thought I had won Rounds 1 & 3 clearly.. but it is what it is.. that’s boxing sometimes, they don’t see what you feel in there,” says Tupuola Seua’i after his final bout of the 2022 Commonwealth Games against England’s Lewis Williams.

“I fought the best I could, but it wasn’t enough according to judges so here is our silver medal Samoa 🇼🇸 Alofa atu!”

Plodzicki-Faoagali’s journey has been mostly self-funded through the support of his parents’ respective families.

Speaking to Samoa Global News from Birmingham, Ato says his Faoagali and Plodzicki family have been there from Day 1 to help finance his tournaments and campaigns.

“There have been so many challenges with limited resources but my family on both sides have been there and always come through for me,” says the Pacific Games gold medalist.

The 23 year old who has been representing Samoa since he was a teenager is Samoan through his father and Polish through his mother.

In the quarter final Plodzicki-Faoagali defeated his opponent by TKO when the referee was forced to stop the fight in the second round.

The semi-final win was a courageous defeat of Niue’s Duken Tutakitoa-Williams, just 24 hours before the final against Lewis Williams of England, who had eliminated Australia in the other semi-final.

Tupuola Seua’i says it’s back home to the family in Sydney for him.

“It’s time to rest the body,” he says. “The four fights in a week took its toll, so rest for now, then think about the future from there..”

Team ATO would like to acknowledge and thank the following sponsors and organisations who have supported his journey.