#PostOfTheWeek With the expansive use of social media amongst Samoans both in Samoa and around the globe, the lead up to the 2021 April 9th general elections has taken a somewhat ugly turn with political debates reaching a new low in terms of abusive name-calling, foul language, and personal character attacks between those on opposing political sides.

This week a post by Ti’aseuga Letoafaiga Lalau David Junior (Deejay) Fong caught our eye, as he shines the light on the deteriorating personal attacks and calls for Samoans to “not lose respect for one another”.

A civil litigator and Government prosecutor who has also represented Samoa to gold medal wins in touch rugby, Deejay is the son of FAST candidate Faumuina Leatinuu Wayne Fong; but he is himself a father of two girls and if you follow this young man on social media, he has a witty sense of humor – and sets an example of being a husband and father, those of us raising boys can only hope our own sons will grow up to be like. 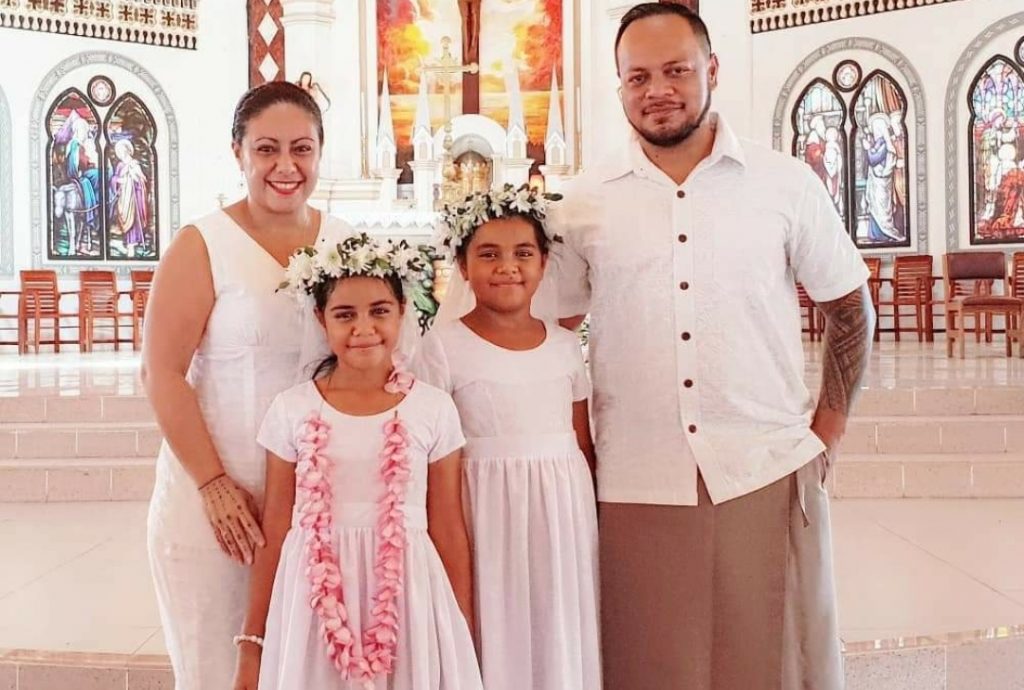 The Fatutoa Crossfit enthusiast shines the light on abusive personal attacks and reminds us, that it is possible to remain friends with, live in the same home with, and remain civil toward, those who do not share your opinion of what is good for Samoa.

“I dont mind people sharing their political views online.. to each their own. I don’t express my political views for obvious reasons but I respect anyone who can express a political opinion constructively..”

“What I don’t like seeing online are personal attacks on people simply because they don’t share your political view. Support who you want to support and discuss political issues if you want to debate, but dont lose respect for one another..”

“People might have different visions of what is good for this country, but regardless where your allegiance lies, the common goal is that we all want what is best for Samoa”… he writes.

With the rise of a new political party in the country, campaign enthusiasts and supporters of FAST and HRPP are now seen on social media attacking each other relentlessly, politicising every issue being debated, and belittling every opinion that is shared by someone “on the other side”.

Even those who are mutual on issues are being attacked on social media for not “picking a side”, as if a deep trench now exists between us as Samoans, with FAST on one side, and HRPP on the other.

Ti’aseuga Letoafaiga Lalau Deejay Fong reminds us that it is possible to live harmoniously with our brothers and sisters, friends, work colleagues and family members.. who do not share our opinions and views.

“I have a close group of friends with completely different political views, even from my own, but at the end of the day we will always be friends because respect for one’s opinion goes a long way…”, concludes Ti’aseuga.

So as April draws near, and we all prepare for the upcoming general elections, LET US NOT LOSE RESPECT FOR ONE ANOTHER SAMOA.