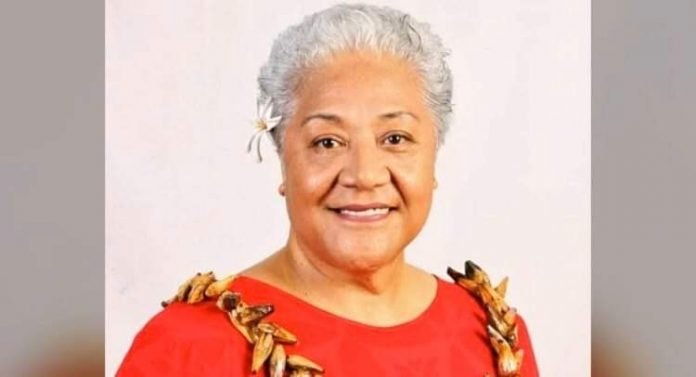 Honorable Fiame Naomi Mataafa is a pioneer for women in leadership, both in Samoa and across the Pacific. In Parliament for over 36 years, she was the first woman to become a Cabinet Minister, holding the Minister of Education portfolio for 15 years from 1991 to 2006. She has also held the positions of Minister for Women, Community and Social Development, Minister of Justice and Courts Administration and Minister of Natural Resources and Environment.

In all of these roles, Fiame was appointed to Chair various advisory boards and high level working committees alongside other regional and international leaders.

In Samoa, Hon Fiame Chairs the Samoa National Council of Women advocating for the advancement of womens participation in leadership and decision-making as well the eradication of violence towards women and girls.

Fiame’s parents were both politicians. Her father was the first Prime Minister of Samoa, Hon. Fiame Mata’afa Faumuina Mulinu’u II and her mother Laulu Fetauimalemau Mata’afa was a career diplomat and educator.

On September 11th, Samoa had its own 9-11 when the former Deputy Prime Minister resigned from her post that included giving up her role as the Minister of MNRE. Fiame stepped away from HRPP after three decades, in protest to the against controversial amendments to the Constitution, Judicature Act and Lands and Titles Court Act.

At the time, Fiame said about the three Bills; “As they are currently drafted, I will not be voting to support these changes”.

“If we go back to the 2016 Public Inquiry and report, the capacity of the LTC (Lands and Titles Court) was one of the key issues raised;
“Without proper processes, definitions of power, rules and boundaries, there is unfetted power given to the LTC, which means decisions will be determined solely by the person sitting”;
“O le pule faitalia, o le fili lea o le pule faale-tulafono”
“The question of accepting or rejecting the legislative amendments is not one for villages. That is the mandate of Parliament. The question is, are Parliamentarians hearing the voice of the people on the issues?”
Now leader of the newly established Faatuatua i le Atua Samoa ua Tasi (FAST) Party holding an equal 26-26 Parliamentary seats with the Human Rights Protection Party following the recent general elections… Hon Fiame could well become the first woman Prime Minister of Samoa.