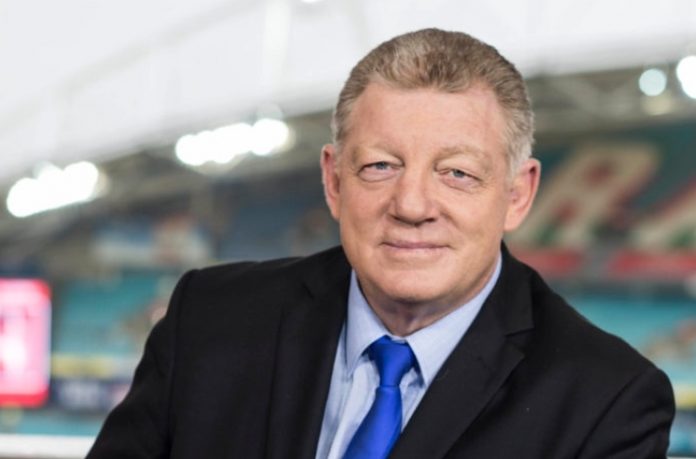 The competition’s founder Mr Paul Broughton is in Samoa this week joined by rugby league broadcaster and administrator Phil Gould, for the official tournament launch on Tuesday the 11th of February at the Samoa Conference Centre.

The legendary NRL administrator, journalist, commentator and former player/coach nicknamed “Gus” is here in Samoa to help promote the event.

In an interview with local media at Taumeasina Island Resort on Monday morning, one of the most respected voices in the game spoke to fully endorse the upcoming competition.

“I think it’s a fantastic concept and it will be a wonderful tournament to be held here in Samoa.”

In Samoa for the first time, Gus says he will also be exploring ways to support the domestic competition.

“And personally I’m here on a bit of a fact finding mission. We have a very heavy contingent of Pacific Island footballers in the National Rugby League in Australia now;

“So I wanna get around to all Pacific Island countries and have a look at the domestic sport of rugby league and see what the opportunities are to assist these nations in building themselves up.”

Gus holds a unique position in rugby league, having played, coached, administered and commentated –  all at the highest levels in the sport.

The four-day tournament is an initiative of rugby league’s oldest and most passionate active official, 88-year-old Paul Broughton who is the former chairman of the Titans, coach of Balmain and ex-Dragons player

The tournament excludes past or present NRL or Super League players and is designed to grow rugby league in developing countries.

The World Nines tournament is set to be hosted at Samoa’s Apia Park Stadium from the 21st to the 24th of October.

Samoan hotelier and businessman Tuatagaloa Joe Annandale is the local focul point for the competition and has been instrumental in coordinating support from the Government of Samoa.

“The event has been edorsed and well supported by Prime Minister Tuilaepa Dr. Sailele Malielegaoi who will officially launch the competition tomorrow.”