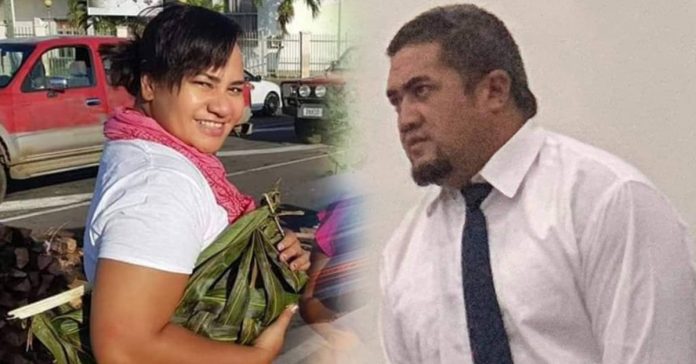 11 July 2019, Apia Samoa. In Samoa’s latest case of domestic violence to come through the Supreme Court, commercial farmer Peter Tulaga has been handed a 28 year jail term by Justice Tafaoimalo Leilani Tuala-Warren for attempting to murder 34-year old Frysna Rimoni who was his partner at the time.

Ms Rimoni suffered injuries to her face from a gunshot wound that has left her permanently blind. Supported by her employer through a staff insurance policy, Ms Rimoni was medically e-vac’d to New Zealand where she has had to undergo multiple surgeries in Auckland to fight for her life.

Tulaga was found guilty of attempted murder by a panel of assessors on the 21st of May 2019 and Justice Tafaoimalo found him not guilty of two additional charges relating to the weapon.

In passing down the sentence in Court yesterday Justice Tafaoimalo Leilani Tuala-Warren emphasised the impacts on the surviving victim.

“This is the worst case of intimate partner violence I have encountered or that has come before the Court in the recent past, in terms of the permanent disfigurement and long term impact to the surviving victim and her family,” said Justice Tafaoimalo.

Frysna Rimoni’s Victim Impact Report was delivered by her older sister and lawyer Sarona Ponifasio who broke down in tears as she read out the statement in open Court.

The Court heard from the survivor’s statement that the brutal attack has caused irreversible damage, causing daily suffering for Ms Rimoni both physically and mentally.

“It has been almost 6 months since the brutality of 15 January 2019, when the defendant
shot me in the face, and changed my life completely,”

“On Monday, 27 May 2019, I was discharged from Middlemore Hospital after being hospitalised for nearly 5 months. I now face the reality of living as a blind person. I wake up in darkness everyday unable to know the time;

“I turn on my wrist watch from NZ Blind Foundation to tell me the time. I reach for the bathroom, and I remember it is 3 to 4 steps forward from the edge of my bed, then I reach on my right side to open the bathroom door.”

“As I sit down for my meals, I pile up paper towels on my laps to ensure I do not make a mess while I’m eating. When I am not having a smoothie or a flavoured drink, I am served mashed food as I cannot chew due to my dislocated upper jaw.”

Ms Rimoni says her dreams of being a mother have been shattered because of the selfish intention by Peter to kill her.

“It is unlikely that I will ever experience motherhood and it breaks my heart.”

“About a month ago, my 5 year old niece in Samoa called. She asked me, “Aunty Fish, how long are you going to be in the hospital for?” “Soon darling” was my response. I bit my lip unable to tell her I may never return to Samoa, and I will never see her and my 10 other nieces and nephews again due to my blindness.”

“It pains my heart to think of what I will miss, seeing them growing up, and me being an aunty to them – taking them to the movies, to McDonalds, to Gelatto. I often wonder if they will live to forget how I used to look, when they grow up.”

Frysna’s victim impact report pours out her feelings about the things in life that will never be same for her again.

“My nose is not functioning and I cannot breathe through my nose;

“I have lost my sense of smell and the doctors told me they cannot say for sure if the nerves in my nose can grow back.

“I am breathing through my mouth and due to my mouth being open all the time, there is foul odour coming from my mouth which is embarrassing.”

“I have to constantly spray my mouth with medication, because it gets dry and my loss of smell has affected my appetite, that I have lost more than 10 kgs.”

“I have to constantly spray my mouth with medication, because it gets dry. My loss of smell has affected my appetite. I have lost more than 10 kgs.”

At 34 Frysna Rimoni is a respected member of the Samoa Institute of Accountants (SIA) and she held the Executive Secretary position of the  professional organisation at the time of the incident.

“I regularly think back to my life in Samoa – my job as a Finance and Administration Manager
at Pacific Forum Line. At the time of the incident, I had been a Council member of the Samoa Institute of Accountants for 5 years. I was also an Independent Member of the Audit Committee for the Samoa Airport Authority. I was also one of the co-founders of the Samoa Women Association of Growers (SWAG) and I enjoyed the projects that we were working on at the time, empowering and supporting women growers. I led a busy and promising life, and I was at the height of my career.”

“At the time of the incident, I was studying long
distance through an Australian scholarship, towards my Masters in Fraud and Financial Crimes at the Charles Stuart University in Australia.”

Ms. Rimoni went on to say in her statement that her scars are a constant reminder of the near death experience she had gone through.

“Every day I run my fingers through the long scar on the left side of my face,”

“It is a deep scar that runs from my left eye, which touches my nose and extends to the left side of my lips,”

“It is a constant reminder of the near death experience that I endured. I often wonder what I look like. Will I ever be beautiful again?”

Frysna’s report goes on to sat that no imprisonment term will ever bring back the life she once had.

“I have suffered extreme psychological, mental and physical pain due to the defendant’s selfish intentions to kill me,”

“I went to this house after work on 15 January 2019 to help him given the suicidal messages he sent to me on that day. He shot me instead.”

“He had no regard for my life. To this day, he has shown no remorse and no imprisonment term will restore my sight, my smell, my normal bond with my parents, my sisters, my nieces and nephews, my life that I had lived for the last 34 years.”

Justice Tafaoimalo considered Tulaga’s attitude and mindset in maintaining his innocence to this day.

“The conduct of the defendant towards Frysna since the offence indicates that he has no remorse and has not accepted responsibility for his actions,” said Justice Tuala-Warren.

“According to the evidence, after he shot her, he took his belongings into his car and went back inside the house where she was, at least once, without rendering any assistance to Frysna.”

“His siblings who were outside the house, said they could hear someone moaning for help from inside the house and when the defendant was asked in Court why he did not take her to the hospital, he said because ‘faavalevalea’ (stupid).

“He still maintains his innocence to Probation in his pre-sentence report.”

“These reveal his attitude to the offence and to Frysna. He intended for her to die and did not show any concern if she did.”

“I do not find that he has any intention to address his offending behavior, or to make amends to the victim. He has shown no remorse at any point of these proceedings.”

During the trial in May, Tulaga denied all charges and testified that his partner had tried to commit suicide, and that the gun had fired accidentally when he tried to remove it from her.

The Court heard that following the shooting, Tulaga left the scene of the crime and instructed his siblings to take Frysna to the hospital.

She deducted two years for Tulaga’s previous good character and support letters from his pulenuu and family, sentencing him to Tanumalala prison for 28 years.

Speaking to Samoa Global News, Sarona Ponifasio says that their family have accepted the Court’s decision and observes that the sentence is the highest ever to be handed down for intimate partner violence.

“The sentence is the highest ever imposed in Samoa so far. We accept the decision of the Court, and it brings closure for Frysna and her family.”

“We can now focus on Frysna’s ongoing treatments and her recovery.”

“There has been overwhelming support, prayers and love shown to Frysna and her family. We thank the Lord for His blessings. He has been in control throughout this journey. Our plans are not His.”