The matter was heard before Justice Lesatele Rapi Vaai and Justice Fepuleai Ameperosa Roma who set down an adjournment for the withdrawal to be advertised as required by Law. 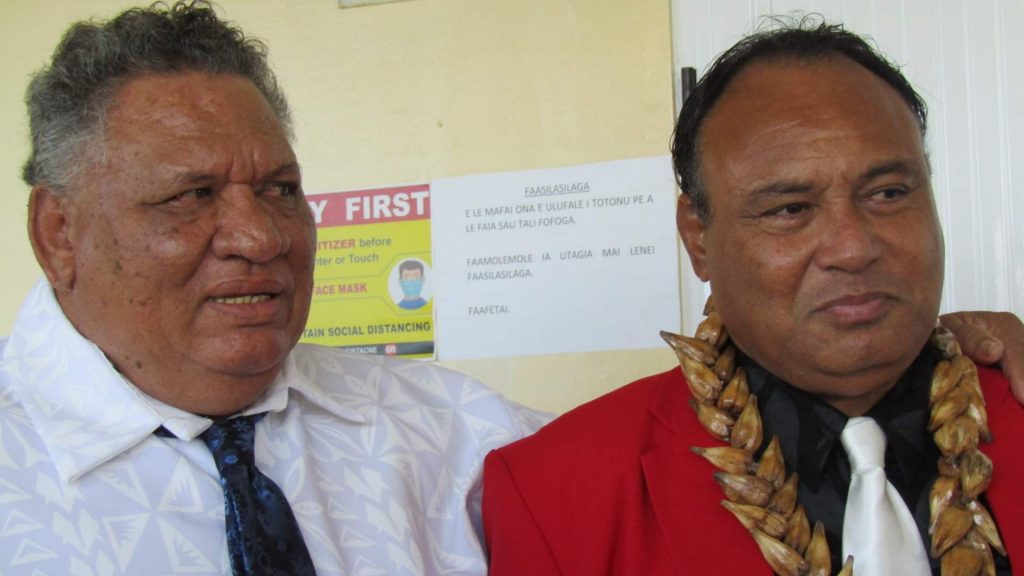 Outside Court this morning, Auapaau and Ifopo stood together for media interviews in a picture of reconciliation and peace amidst supporters from the Aiga-i-le-Tai district.

Auapaau spoke in Samoan oratory to honor the tapuaiga of Aiga i le Tai and thanked the district and village of Manono for the trust given to him. He said he was grateful for the peaceful solution and especially acknowledged Ifopo for his grace and understanding to settle out of Court.

“As you can see, there is no conflict in our district, all is well between myself and Ifopo, give us your trust to lead our district”, he said.

Auapaau said Aiga i le Tai is known for maintaining the peace, and stressed the importance of good relations between supporters of the two political parties. 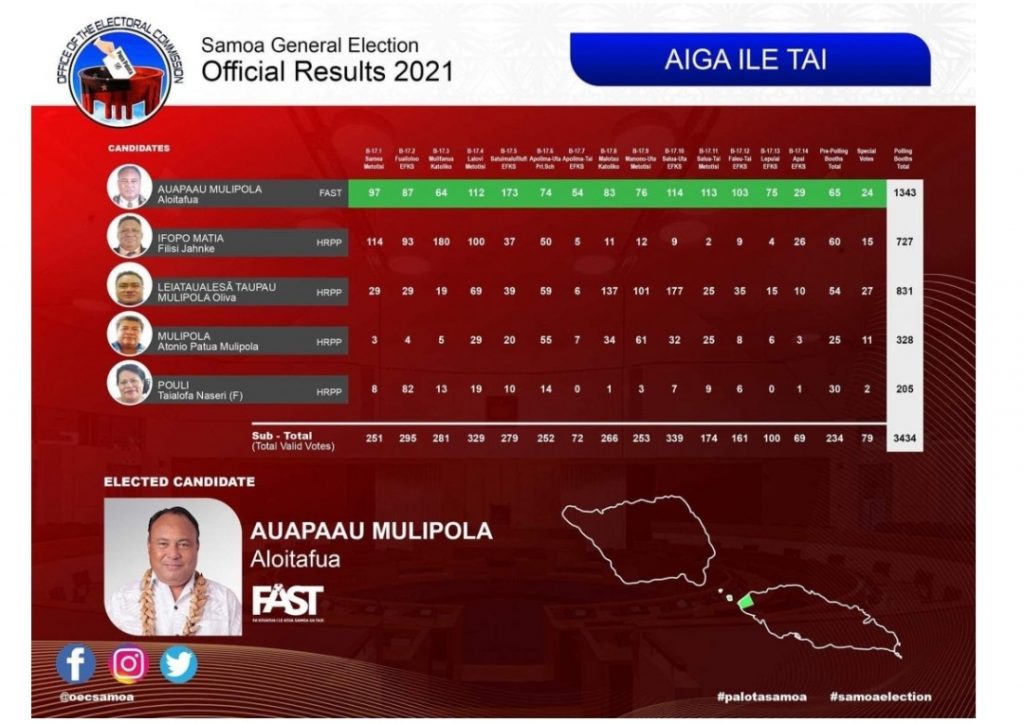