US Senators and members of Congress have issued a letter to the Acting Director of Peace Corps programs Ms Carol Spahn by the Biden administration that volunteers programs will soon return to Samoa, after more than two years’ suspension since early 2020 due to the COVID-19 pandemic.

According to the letter, they wanted to voice their support for the important work Peace Corps volunteers are doing to build strong relationships around the world, particularly in the Pacific Islands.

When it launched in the 1960s, Peace Corps ran programs in 13 Pacific Island Countries. Today, only four programs continue to operate that includes Samoa, Fiji, Tonga, and Vanuatu.

Biden administration’s February 2022 U.S.-Indo-Pacific Strategy recognies, “the
passage of time has underscored the strategic necessity of the United States’ consistent role” in
the region.

“We believe the Peace Corps must be an integral part of the Administration’s efforts to “anchor the United States in the Indo-Pacific and strengthen the region itself.”

“We welcome the July 12 announcement by the Biden administration that volunteers will soon return to these four countries.”

“We look forward to the reestablishment of a Peace Corps program in the Solomon
Islands as previously announced.”

The renewal of and return to in-person programs can be a starting point for greater Peace Corps presence in the Pacific Islands, which promotes a strong, vibrant, and resilient region.

“The current absence of Peace Corps programs in the Freely Associated States is therefore
concerning. Since 1966, over 4,500 volunteers have served in the Republic of the Marshall
Islands, the Federated States of Micronesia, and the Republic of Palau. But by 2018, programs.”

“In each country were closed. At a time when we are looking to deepen our partnerships with and strengthen the resilience of these countries, we urge Peace Corps to re-evaluate the decision to shutter its programs in these three countries. We urge Peace Corps to find creative solutions to ensuring the health and safety of its volunteers, including basing volunteers near main population centers where embassy personnel are present, or establishing virtual programs, like those that were piloted during the pandemic.”

“We strongly support the Biden administration’s announcement that Peace Corps will work with the region to explore program expansion to additional Pacific Island countries.”

“In support of this, we request that Peace Corps conduct a formal evaluation of the feasibility of restarting programs in the Republic of the Marshall Islands, the Federated States of Micronesia, and the Republic of Palau, which we understand each country’s government has requested of the U.S. government.”

“Peace Corps volunteers can help support vulnerable communities throughout the Republic of the Marshall Islands, the Federated States of Micronesia, and the Republic of Palau, whether in education, health, or environmental conservation. The countries of the Pacific Islands are at high risk for some of the most extreme impacts of climate change. According to an October 2021.”

“World Bank study, rising sea levels caused by climate change could endanger 40 percent of theexisting buildings in the capital city of the Marshall Islands, with 96 percent of the city at risk of frequent flooding.”

Peace Corps volunteers, working in coordination with U.S. Agency for International Development (USAID) personnel on the ground can partner with local communities to address the greatest challenges they face, including climate change. Peace Corps has decades of experience doing climate work through environmental and agricultural sectors and combatting climate change and its impacts is a key component of the Corps’ Fiscal Year 2022-2026 Strategic Plan.

“We are confident that restoring programs in each of the Freely Associated States will be to the benefit of volunteers, host governments, and the common cause of building communities that are resilient to the challenges we collectively face.”

“We look forward to working with you to advance these important bilateral and people-to-people relationships.” 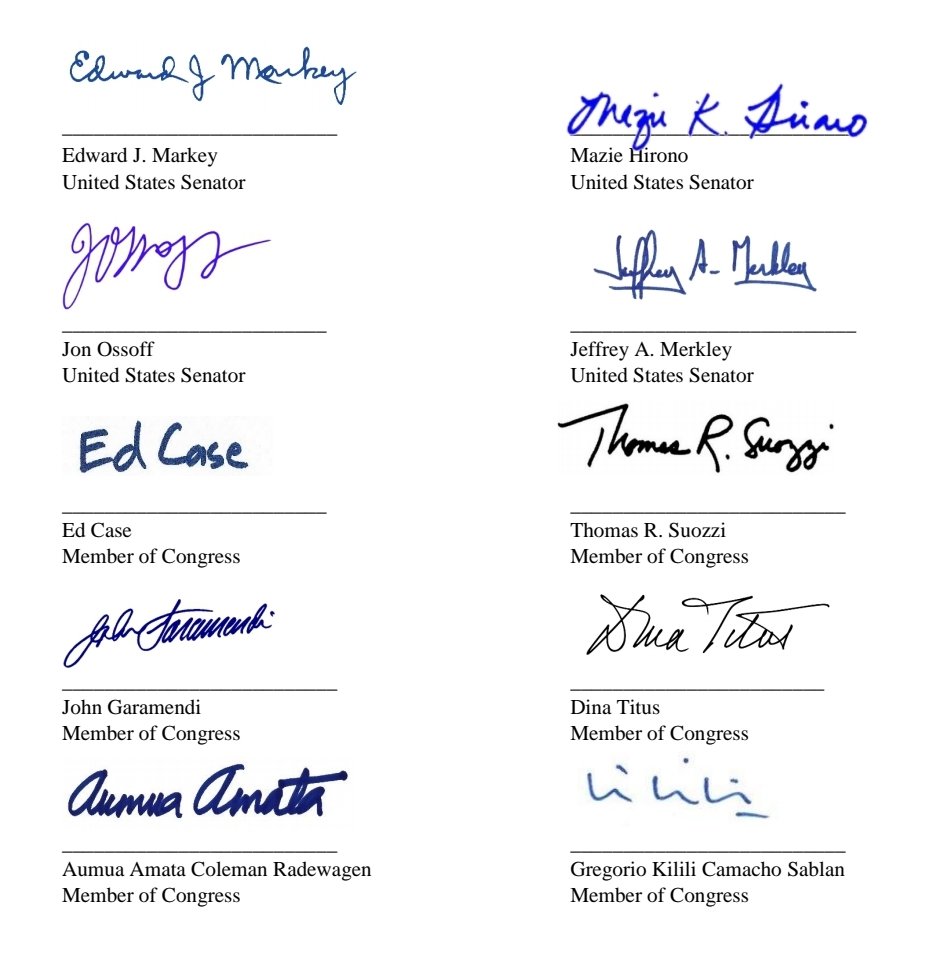