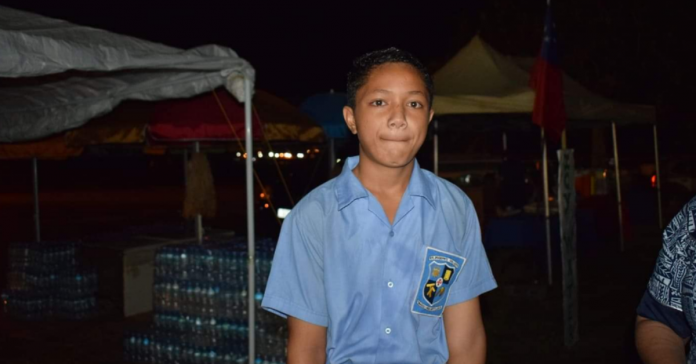 Independence Day. At 3:25 am Moe Lole, a Year 9 student of St Joseph’s College at Alafua was seen at the Malae o Tiafau with his school uniform all ready to march for the 57th Independence celebration of Samoa.

Moe told Samoa Global News that this is the first time he has ever come to Mulinuu to march for Independence and he is very excited to be part of this year’s celebration, and he did not want to be late.

Lole added he woke up at 12am so he could get ready even though he lives closer to town.”

Uaine Sa from Falelatai said their village council hired a bus that left at 2am.

She said they were invited by the Head of State Tuimalealiifano Vaaletoa Sualauvi II to participate in this year’s celebration.

She added that that the village Primary School are participating as well. The students had stayed the night at the home of the Head of State, to prepare for the march.

They are proud to be participating and it is more special for them because the Head of State is from their village.

Supreme Court Rules Against Fresh Elections – Head of State Reminded of Obligation to...