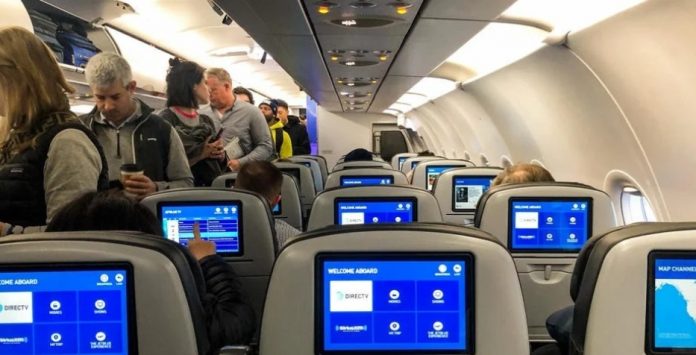 One of the largest airlines in the northeastern United States, JetBlue has banned a passenger who flew from New York to Florida while awaiting the results of a coronavirus test and notified the crew after landing that they came back positive.

CNN reports that the passenger left John F Kennedy International Airport and landed at West Palm Beach on Wednesday night, quoting a statement from the New York based airline.
“He did not disclose to anyone at JetBlue that he was awaiting results of a coronavirus test”, the airline said.

On arrival, the passenger told the crew that he’d been notified the test was positive and cleaning immediately started for the areas he went through based on security camera footage, the Port Authority of New York and New Jersey said.

They included gates, security checkpoints, check-in counters and kiosks, elevators and restrooms.
“Last night’s event put our crewmembers, customers, and federal and local officials in an unsettling situation that could have easily been avoided, and as such, this customer will not be permitted to fly on JetBlue in the future,” the airline said in a statement on Thursday.