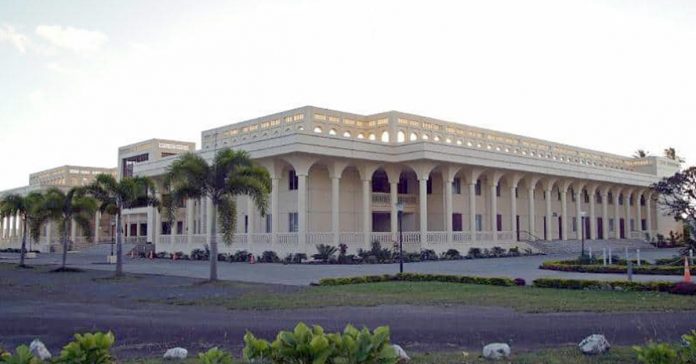 This is Part I of a four-part series analysis of the Declaratory Judgment of the Supreme court in AG v Matafeo, Taualapapa, Papalii and FAST.

The judgement in Attorney General v Matafeo, Taualapapa, Papalii and others is one that addressed a raft of issues and has done so in a very clear and unambiguous manner not to mention in a very subtle yet forceful tone. In order to understand and appreciate the full extent and impact of the judgement it is necessary to read the whole judgment and see how the different elements are interwoven.

Reading and discussing individual elements of the judgment without taking the other elements and whole judgment into consideration as seems to be the case in too many commentaries so far not only fails to capture the far-reaching impact of the Court’s Judgment but more dangerously it insidiously contributes to further misunderstanding and confusion not to mention discord. All of these being things which the judgment is designed to prevent not only by addressing the various issues but by clarifying others and by carefully and clearly laying down the facts and law so that there is no more room for misinterpretation and confusion that may arise based on potential ambiguities.

As it is the Court has very skilfully and deliberately plugged all loopholes and essentially put its foot down and drawn a line in the sand while at the same time, endeavouring to accord the various parties the benefit of doubt and a gracious way to save face and resolve matters in line with the Rule of Law.

Nevertheless, it has also made it crystal clear that any further obstruction will be met with severe sanctions.

However, such a reading will not be clear, let alone obvious to anyone who is reading cherry picked segments of the judgment. Since such a reading is taken out of context and not together with the rest of the decisions and orders let alone the rest of the observations and discussion of the Court’s assessment of the issues it can only at best lead to poor and inaccurate descriptions and at worst deliberate attempts to distort the judgment. This being something that the Court has noted with strong disapproval.

Due to the breadth of the issues this judgment covers as well as the depth and levels in which it does this, it is necessary to address these one by one and to explain each order and then address the additional issues that arise from the judgment as well as look at the impact and implications of the judgment as a whole and its more subtle yet equally forceful statements which I think are equally important for people to understand as the primary decisions and orders that the judgment is about as well as the orders made.

NOTE: For clarity and ease of reference I have included references to specific paragraphs in the judgment.

What was the case about?

The Attorney General (the Applicant) asked the Court for orders under the Declaratory Judgments Act 1988. A declaratory judgment is a judgment from a court that is binding on the parties including government. Such a judgment is made by the Court to resolve legal uncertainty. This means clarifying a matter where either the law is unclear or when parties are disagreeing over a point of law.

Second Respondents were: Members of FAST (named in the judgment)

The Matter put to the Court

In this case the Attorney General asked the Court to deliver Orders on the following issues: (para 1)

[2] That the swearing-in of Members of Parliament of the Legislative Assembly of Samoa, and election of the Speaker, Prime Minister and Cabinet as officiated by the First Respondents in a tent outside Parliament at 5:00 pm on Monday 2021 was unconstitutional and unlawful as the First Respondent had no legal authority under the Constitution, Standing Orders or otherwise to swear-in or officiate.

[3] That the swearing in was also unconstitutional and unlawful as it was conducted in the absence of the Head of State and other necessary constitutional officers.

[4] For the Court to issue such additional Orders as the Court deems necessary in the Circumstances.

The essential question is of legality – Counsel for the Attorney General

The counsel for the Applicant approached the matter by saying that the essential question that the Court had to decide on was if the meeting on the 24 May 2021 by 26 of the 51 candidates elected at the 9 April General Election was valid. (see para 2)

If the meeting is not valid, what about the need to comply with the Constitutional requirement for Parliament to meet?

The court raised the issue of the question as to if the meeting was not valid then the issue still remains that the Legislative Assembly MUST still meet in accordance with the original proclamation of the Head of State regardless of the 45-day time limit having expired. The counsel for the AG agreed that expeditious action would be required in this case by “relevant actors”. This means that all those involved (the head of State, Clerk of the House and all other officials who are supposed to be there) need to act quickly and efficiently to ensure that Parliament meets as they were required to.  Although he agreed that this was so the AG’s counsel refused to indicate who needed to act or what needed to be done or who should be responsible for doing what, to ensure that Parliament met in accordance with the Constitutional requirements as Ordered to by the Proclamation of the Head of State. (see para 3)

If lawful and valid then how to remove current caretaker Administration?

The Court raised the point that if the meeting was valid then certain actions needed to take place beginning with the removal of the current caretaker administration. They pointed out that this might necessitate the activation of Articles 33(1) and 33(3a) of the Constitution.

The Counsel for the AG agreed with this assessment.

Capacity of Attorney General in bringing the matter to the Court

The Counsel for the Attorney General stated that she was bringing the case on her own behalf rather than on behalf of those she is constitutionally charged with advising in accordance with Article 41(2) of the Constitution. In their submission the Counsel claimed that the Attorney general was motivated by the need to insure “legal certainty.” (see para 7)

This is interesting as it is unusual because normally the Attorney General should bring matters before the Court on behalf of the Head of State, Prime Minister or other individuals or parties that she is supposed to advise and represent.

However, if the Attorney General had brought the matter before the court on behalf to the Head of State, Caretaker Prime Minister, Caretaker Speaker, or Clerk of the House among others she would have risked having the individuals she was representing falling foul of the Clean Hands Doctrine.

The Clean Hands Doctrine, also known as the Unclean Hands Doctrine or Dirty Hands Doctrine is a legal principle that prevents a party from seeking relief if they are guilty of or responsible for some misconduct or unlawful act which is sufficiently related to the relief or remedy being sought. This includes acts which result in the other party engaging in acts which are unlawful.

So if something you did resulted or forced someone into doing something, you cannot then go and demand that the Court intervenes and takes action against them for the act they committed, since they would have not taken that action if it were not for your actions or lack of action.

There are a number of rules and measures that apply when the doctrine is raised. But in this case the deliberate acts by the Head of State, caretaker Prime Minister, caretaker Speaker and Clerk of the Legislative Assembly to prevent Parliament from meeting would constitute serious and deliberate misconduct and unlawful acts which would fall foul of the doctrine and thus bar them from seeking any remedy.

However, as the Attorney General brought the case on her own behalf in the interest of legal certainty the clean hands doctrine could not be raised or applied.

The Court accepted the Attorney General’s claim to be acting on her own behalf and not on that of any of those she is supposed to advise in good faith. The Court went on to say that this was a welcome approach given the misinformation and misinterpretation of the Court’s decisions which have been promoted by prominent political and other people of the community. Acts which are aimed at undermining the integrity, independence and status of the Court and its rulings and consequently undermining the Rule of Law in Samoa.

This is noteworthy because the Court has used this as an opportunity to address what has been taking place in regard to people misrepresenting the Court’s decisions and attacking the Court.

While the Court commended the Attorney General and also said that they hoped that she would address the matters that they raise and pursue them with the same vigour, intent, and purpose as she has in making her application to the Court. In essence the court is indicating that for want of evidence to the contrary, they are willing to accept her claim to be acting in the best interests of upholding the Rule of Law but will be expecting her to prove this by implementing the decisions and orders that they make with the same level of commitment as she has in bringing the matters to the Court. (see para 8)

The Court also used this as an opportunity to remind the Attorney General and all lawyers that in accordance with their oaths their PRIMARY duty is to the Court and to uphold the Constitution and the Rule of Law and that THIS should always be their primary focus regardless of the situation.

Lawyers and Legal Practice Act 2014 is very clear and specific in requiring that first and foremost lawyers must uphold the rule of law and facilitate the administration of justice. This applies even when protecting the interests of their client. Their duties as Officers of the Court and their duty to uphold the Rule of Law must always come first. (see para 9)

THIS is a strong reminder to not only the Attorney General but all members of the legal profession that they are Officers of the Court and are bound by oaths. I think that this is a very important issue and point that the Court has made, and it is one that all involved should do well to think very carefully about. This is especially relevant to lawyers who have been actively working to undermine the Court by attacking it and deliberately misinterpreting its judgements.

Latest posts by Vincent A. Matatumua Vermeulen (see all)