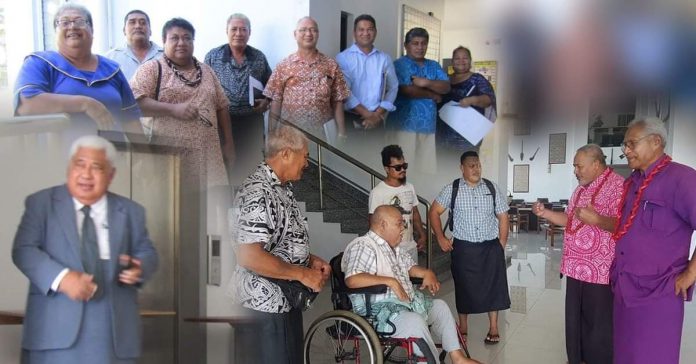 The Special Parliamentary Committee tasked to hear and consider public views on three controversial legislations, continues its work this week.

The Constitutional Amendment Bill 2020, the Lands and Titles Bill 2020 and the Judicature Bill 2020, have passed their first and second reading in Parliament, and as per usual process, it is now before a Parliamentary Select Committee for public submissions.

On the first day back from the Mother’s Day long weekend, the Parliamentary Committee heard from former Chief Justice Afioga Patu Tiava’su’e Falefatu Sapolu who was seen at the Offices of the Legislative Assembly yesterday morning. Patu had come in to present his submission at about 11am on Tuesday morning and spent close to one hour with the Committee.

Patu who is considering entering politics in the upcoming 2021 elections, did not want to comment or share any of the points made in his submission.

A long-serving senior journalist Tupai Molesi Taumaoe arrived in his wheelchair and went in after Patū. Tupai was eager to present his submission and told the media that he was asked a lot of questions by the Komiti on his written submission which was given to them beforehand.

In his submission Tupai said he highlighted the impacts of changes proposed to the Court system including additional budgetary costs “that will come with trying to separate the two Courts”.

The former journalist said he also spoke about the additional number of cabinet ministers being proposed in the Constitutional amendments.

Tupai said he believes fundamental rights will be taken away from individuals if the proposed laws are passed in Parliament, because “there will be no more jurisdiction of the Supreme Court over these rights”.

Tupai said he had requested more public consultations so that the proposed changes can be better understood.

The Samoa Umbrella for Non Governmental Organisations attended at their appointed  time of 2pm, led by SUNGO President Lavea Peseta Lua Nafoi and 7 senior members. SUNGO spent over two hours with the Parliamentary Select Committee to put forth their written submission that represents the views of over 200 civil society groups across Samoa.

Registered as an Incorporated Society and founded in 1997, one of the organisation’s roles is to provide input into Government policy from NGOs, Community Based Organisations (CBOs) and Civil Society Organisations (CSOs) on issues that concerns it’s extensive member groups.

The Special Committee will continue it’s work to hear submissions from all Members of the public over the allocated 90 day period. 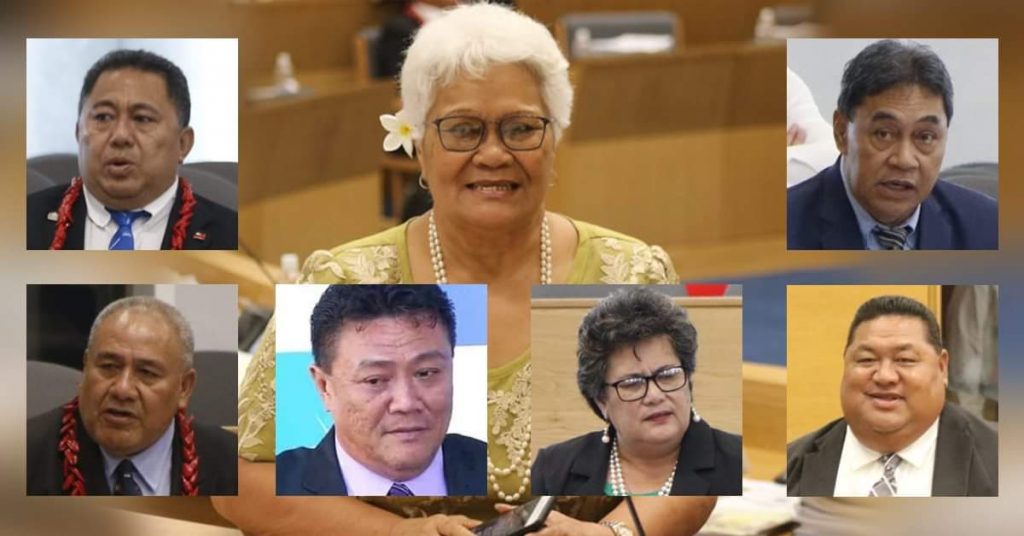 Tomorrow (Wednesday 13th May) the SSIG group  will be attending to present their written submission to the Committee.

Last week Friday, Samoa Law Society President Leiataualesa Komisi Koria and members of the Samoa Law Society presented their written submission that has been widely publicised through a media campaign over the past several weeks.

Members of the public, organisations and community groups are encouraged to contact the Office of the Legislative Assembly on Ph: 21811 ext 1011 and 1012 for appointment times.