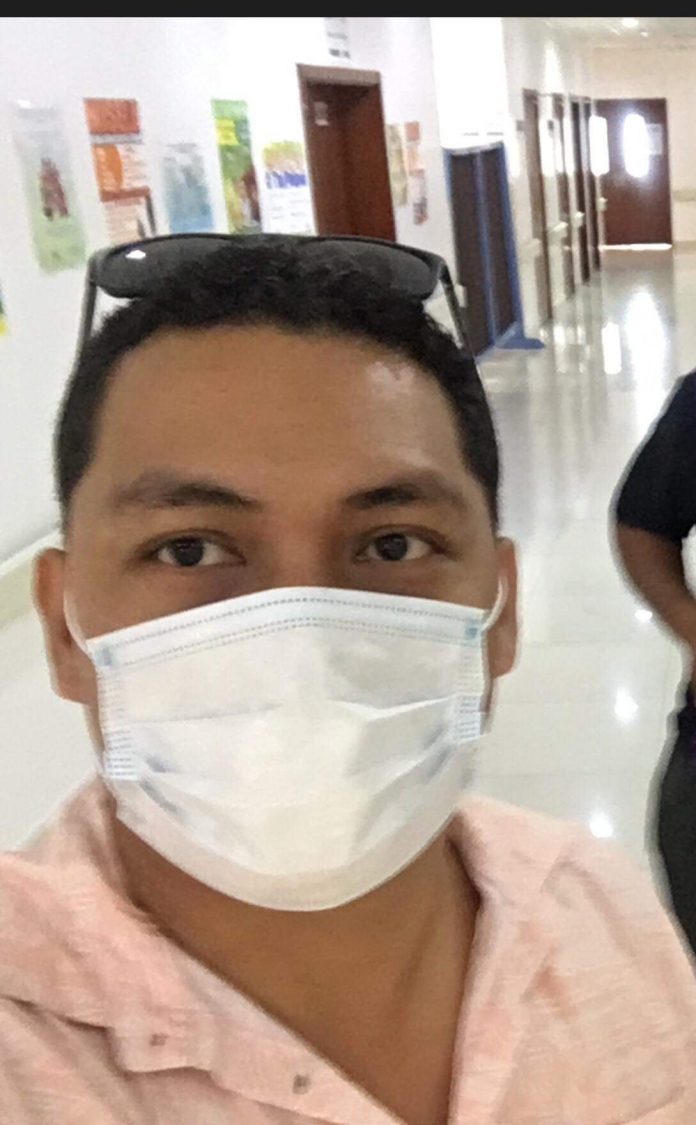 I sadly ask myself, do we really have to blame the people and parents for being afraid and presumably passive in getting treatments for measles??

Do we blame them for resorting to traditional medicine including Mr Fritz and his Kangen water??😔It’s unfortunate that people sought after such non medical ways for treatment especially the very questionable methods.

But desperate times calls for desperate measures🤷‍♂️ or is it just simply a case of lack of trust in the healthcare system??

Perhaps we should consider REAL factors that directly contributed to that passive reaction because only then we can realise why people were loosing trust and confidence in our MMR vaccination by our healthcare system?

I say this with absolute love and appreciation of our healthcare practitioners and medical officers. I pray for their health and we applaud your dedication and service. Malo le tautua.

I know it’s not right to point fingers especially at this vulnerable stage. It would be insensitive and we all need to stand together in fighting this epidemic. Now is the time to act and help.

But it’s also important to strike the iron while it’s hot otherwise none of the mess that we are in can be effectively sorted in the future and lessons learnt could be forgotten and overlooked.

Whilst listening to consistent commentaries from government officials lately, I realise that the more they talk the more they are putting the blame on the people for being passive in seeking medical care or accepting vaccination.

I agree that our people can be very passive and will always react last minute. I’m also mindful of their rights to receive treatment such as MMR injections. Having said that, I also think that putting the blame on the people at this stage can be insensitive too, and in a way we are pointing fingers already toward people including our loved ones who have passed on because of the measles😔.

Maybe it’s just us not sleeping well over these past months. But maybe once we settle down and have a good rest and rethink this through perhaps then we will see the realities. Here are some of the factors or FACTS that I think contributed tremendously to the passive reaction and lack of trust by our people:

MoH & NHS administration of the health sector was always a struggle even before the epidemic. The administration was facing a lot of internal issues that required reforms and reshuffling of portfolios to clean up the mess. The pharmaceutical issues of low supplies of medicine was one of the main concerns.

How can we expect the country to gain their trust in the health sector to manage our health if they too are struggling to administer and manage their own work?

A divided house won’t stand in the midst of trials.

Some of the healthcare programs that we used to have such as Komiti Tumama a tina and Fuaga Pepe and Tuiga are no longer made available at the communal level.

Lack of healthcare medical supplies and even doctors is a reality check. This is an obvious factor because of our developing status and we will always struggle to provide the best medical care, but I believe we will continue to strive.

The two recent convicted nurses for medical malpractice due to poor administration of MMR vaccines that directly led to the deaths of 2 babies really affected our peoples level of trust😔. I am one of the affected victims who lost trust because of that case.

Consequently the government and our Health Sector decided to temporarily stop all administration of MMR vaccination for months until the vaccination issues were sorted.

So it took 9 months to have the vaccination sorted and we should have expected that it will not be a walk in the park to quickly regain the trust of our frightened people. It took a while for our people to regain their confidence, and the trust in the health care system continues to diminish since those two deaths and now with the many measles related deaths in the hospital.

The inconsistent advice received by the public after the re-opening of vaccinations in April 2019 since the 2 deaths in July 2018 didn’t really provide much help and reassurance to families.

As a parent I received conflicting advice as to when and where vaccination would be reopened again so we waited for a whole year until my eldest
son received his full vaccinations.

As confirmed by CEO Dr Leaausa in one of his interviews at the outset of the measles outbreak where he did blame parents and said the people were at fault for being passive in getting the vaccinations, he did also admit that the Ministry should have carried out more proactive awareness programs to encourage and promote vaccination, and to perhaps reassure parents that all associated issues had been fully resolved.

So maybe instead of pointing fingers to the people and parents for being passive and lazy, perhaps we should be a bigger person and accept the circumstances, and consider the lessons learnt as to why the people were being passive and had trust issues with the healthcare system😔.

Until those realities are properly checked and other circumstances are sorted, I think the people had every reason to be afraid and passive and we should not be unfairly blamed😔.

Letter to the Editor: Church and State – Annual Conferences Come to an End