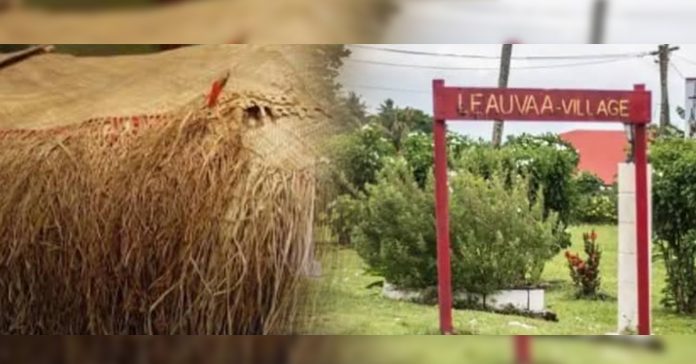 20 May 2019, Apia Samoa. Parents of the two brothers accused in connection to the death of a 30 year old father of two at Leauvaa knelt at a traditional ifoga in the early hours of Saturday morning.

According to a family member of the deceased the ifoga came around 4 o’clock in the morning, with the parents of the brothers in custody kneeling beneath the traditional fine mat or ietoga.

The traditional apology practiced to ensure forgiveness is sought and given for wrongdoing, comes a week after the man was found dead in the early hours of Mothers Day Sunday.

Another close family member to the deceased told Samoa Global News that Michael Mikaele Tia is from one side of Leauvaa, but he was staying with his wife’s family on the other side of Leauvaa. Michael and his wife had 2 young children.

“The parents of the 2 brothers were kneeling under the fine mat. They didn’t stay there long before the father of Mikaele’s wife walked up and pulled off the ietoga,” said the source who did not wish to be named.

Mikaele Tia was a comedian within their family, and a loving father to his children.

Police Commissioner Su’a Fuiavailili Egon Keil confirmed that two brothers have been charged in connection to the death of Michael Mikaele Tia.

“They are in custody now awaiting for fhe day of their court appearance.”