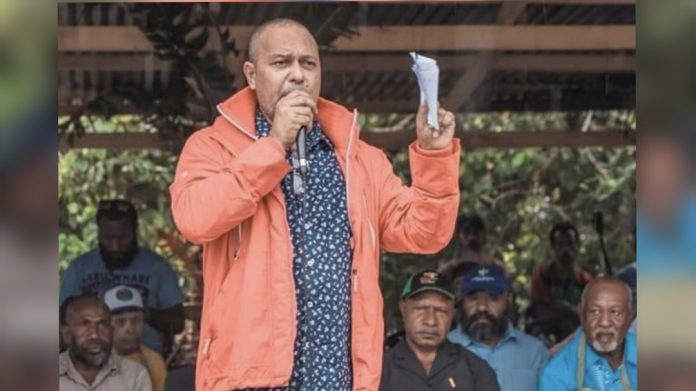 The Deputy Prime Minister and three other injured people were taken by police to the Bulolo Health facility but was pronounced dead at 11:30pm Wednesday night while awaiting airlift to Port Moresby.

“After hours of attempting to revive him Mr Basil succumbed to his injuries and was pronounced clinically dead at 11:30 pm last night,” Police Commissioner David Manning said in a statement.

Police Commissioner Manning expressed his condolences to Sam Basil’s family and the people of Bulolo electorate, where Sam Basil has been a representative since 2007.

He appealed for calm to allow police investigations to be completed.

“It is with great sadness that I wish to, regrettably, inform the Prime Minister, and the country, of the death of our Deputy Prime Minister Honourable Sam Basil following severe injuries he sustained in a vehicle accident,” Police Commissioner David Manning said in a statement.

“I wish to also express my condolences to the family of the late Mr Basil and [to] the people of Bulolo.”

“Police have commenced its investigations into the accident and have ascertained that a second vehicle was involved in the incident and the driver of this vehicle is known.”

“I appeal to any eye-witnesses to the incident to come forward to assist with the investigations,” Commissioner Manning said.

“The investigation will tell us what happened, so I am appealing for calm during this time, to allow the course of the investigation to be completed in a timely manner.”

Basil, the leader of the United Labour Party, is the eighth MP in Papua New Guinea to have died in this parliamentary term. His death comes two months before the country’s general elections are due to take place.

Throughout the day on Thursday crowds of mourners had been gathering at two locations in Lae, outside of the Basil family residence and at a local funeral home where his body was being held.

Senior Papua New Guinea journalist Scott Waide says Sam Basil was a man of the people, who had traversed the length and breadth of the Province helping so many people from all walks of life.

Mr Waide says this has made it very difficult for local authorities to officially declare a haus krai for the national leader.