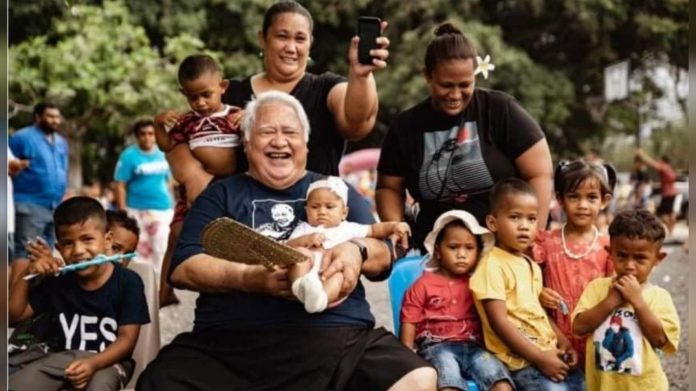 Responding to Samoa Global News Lealailepule Rimoni Aiafi said Tuilaepa was being held in Ward 7 of the Tupua Tamasese Meaole (TTM) hospital, with plans to travel to New Zealand for a full medical check.

“I have just spoken with him on the phone and he is doing OK,” said Leailepule. “He has flu-like symptoms, and a slight fever”.

There are plans for Tuilaepa to travel to New Zealand for a medical check, said the HRPP Secretary.  “Either this Saturday, or before then, depending on flights”.

Tuilaepa was admitted to Motootua last month in January and spent four nights at the Intensive Care Unit before being released. The Minister of Health had said at the time the Government would support a medivac of the opposition leader, however, Tuilaepa recovered and the offer never eventuated.

Lealailepule thanked Samoa for their prayers and said despite political differences, it’s time to stand together and pray for Tuilaepa, as well as members of the FAST party who are also in New Zealand seeking medical help.

“We pray for our party leader, as well as our Cabinet Minister and other Members of Parliament seeking medical treatment at this time..”

Minister of Women Community and Social Development, Leota Lucky Sio as well as Member of Parliament for Sagaga 4 Tagaloatele Papalii Poloa are both in New Zealand seeking medical treatment.