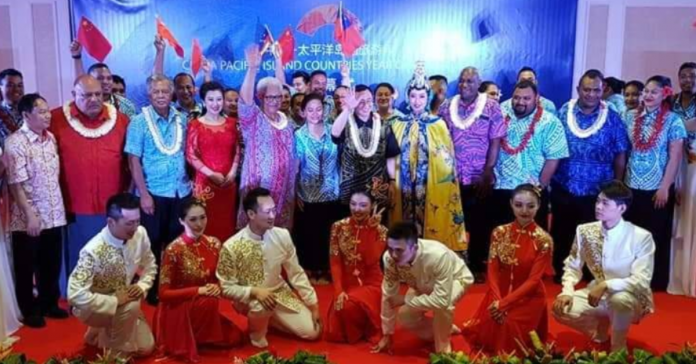 The Deputy Prime Minister of Samoa was speaking at a csremony to celebrate the 2019 China Pacific Tourism Year, co-launched with China’s Minister of Cculture and Tourism held in Apia last night.

“China remains an important target for tourism growth in the Pacific over the coming years given its numbers and spending power of the Chinese travellers;

“Chinese travellers are looking for new destinations and the Pacific Island region is still an untapped destination, said Fiame.

The Deputy Prime Minister then called on China to continue collaboration to address the issue of direct flights from China to the Pacific.

“Tourism growth in our region will remain in infancy stages without direct flights from China and we look forward to implementing established air services agreements between our two countries.”

Fiame thanked the People’s Republic of China on behalf of the Pacific Island countries.

“Thank you Honorable Luo and your staff at the Ministry for Culture and Tourism for making this event possible and for promoting the Pacific Islands in China as a tourist destination.”

The evening ended with a fireworks display on the Apia Harbour.