The Blues have outclassed the Hurricanes 30-20 in the most anticipated Super Rugby match of the year. While Eden Park was sold out, Samoa was able to tune in through live coverage of TV1 Samoa.

The Hurricanes took an early 3 point lead before the Auckland’s backline combined to score their first try through Caleb Clarke, son of Samoan born All Black who made 154 appearances for Auckland, Eroni Clarke. Caleb burst onto a Rieko Ioane ball and broke two tackles to score his first-half try.

Aucklands 7-3 lead didn’t last long as All Black hooker Dane Coles hit back almost immediately. The Hurricane’s backline cooked up a silky set move of their own to unleash their captain across the white line

With a 10-7 lead the Hurricanes thought they had stolen back momentum, but a stellar turnover by Fijian flanker Hoskins Sotutu put the Blues back in the front foot.

The Blues’ Samoan midfielder TJ Faiene took full advantage of possession and snuck his way through soft Hurricanes defence to put his team back infront and leading at halftime by 14-13. 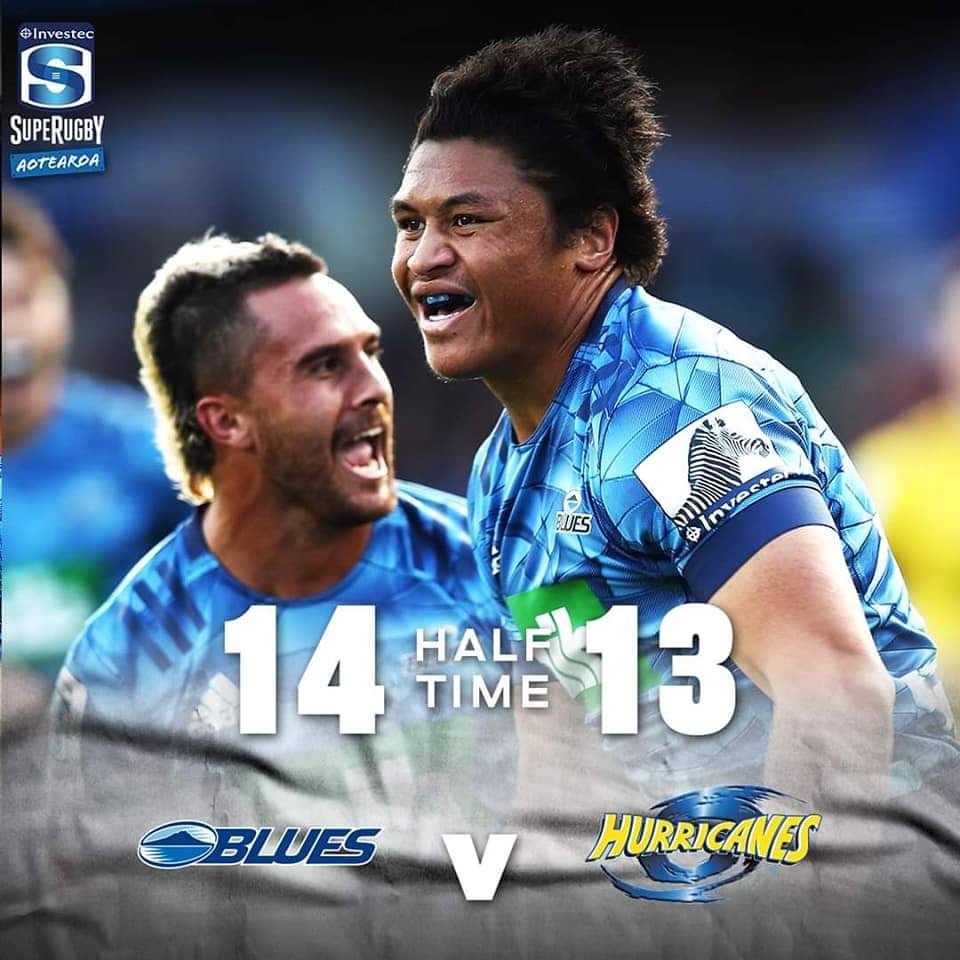 With nothing separating the two teams at halftime, someone needed to step up to give their side the front foot in the second half.

A pair of Pacific Islanders did just that. Sotutu, whose father was the Vice Captain for Fiji in the 1999 RWC, stepped up to cause major disruptions at breakdowns, forcing penalties. And so did Auckland Blues skipper Patrick Tuipulotu – a Samoan All Black who holds the matai title of Sa’u from Apolima.

The Blues captain threw himself into tackles, cleaning out the Canes at breakdowns.. disrupting opposition lineout feeds.

Rock solid defence and physicality from the Blues forced 13 penalties from the Hurricanes which Otere Black converted to 9 points off his boot.

Substitute open side flanker Dalton Papali’i injected himself into the game 10 minutes before halftime by forcing a handful of turnovers on defence.

He was rewarded for his good works with a try by catching a TJ Faiane perfectly weighted grubber kick down the left hand side of the field.

At this point the Hurricanes were staring at a 30-13 deficit having conceded 16 unanswered points.

Wellington Hurricane’s substitute halfback Jamie Booth snuck his way through some big bodied Blues defenders to score under the post and give his team some hope.

However the Blues defence were just too good, suffocating the Hurricanes and starving them of any go-foward ball.

Former Robert Louis Stevenson School 1st XV  player and prop Ezekiel Lindenmuth got a run on for the Blues in the 67th minute.

With Auckland and Wellington rugby unions dominated by Samoan players over the years, the mass fan base of Samoans for both teams once again took to social media to jab jovial fun comments to their cousins, siblings and friends who support the ‘other’ side.

The Blues came away with a 30-20 victory and now get ready to face the Chiefs next week in Hamilton.

The Hurricanes will face off against a Crusaders side looking to win its 4th straight Super Rugby title.