Team Samoa to the 2022 Mini Games arrived safely into Saipan after two days of travel.

A group of 31 Team Samoa members consisting of athletes, coaches and management left Samoa last weekend and were joined by overseas based athletes, to contest in the Pacific Mini Games 2022.

“Team Samoa have settled in well to their home for the next two weeks,” confirms SASNOC in a press release.

“They are sending their faafetai tele to the Government and people of Samoa for the continuous support and prayers as they carry the flag of our nation on international grounds..

“They will be contesting in five sports, namely, Athletics, Beach Volleyball, Golf, Tennis, and Weightlifting.”

On Thursday the Tennis tournament kicked off with a teams playing a round robin.

Weightlifting will commence on Monday 20th June 2022, with the three remaining sports of Athletics, Beach Volleyball, and Golf on Tuesday 21st June 2022.

“SASNOC, on behalf of Team Samoa gives thanks to our Almighty God for leading them safely, and for all the blessings we witness from His hand”.

SASNOC acknowledged and expressed appreciation to their partners and sponsors.

“They have made it possible for Samoa to be represented in the Pacific Mini Games 2022 in Saipan, through Team Samoa.

We wish Team Samoa in Saipan all the best. 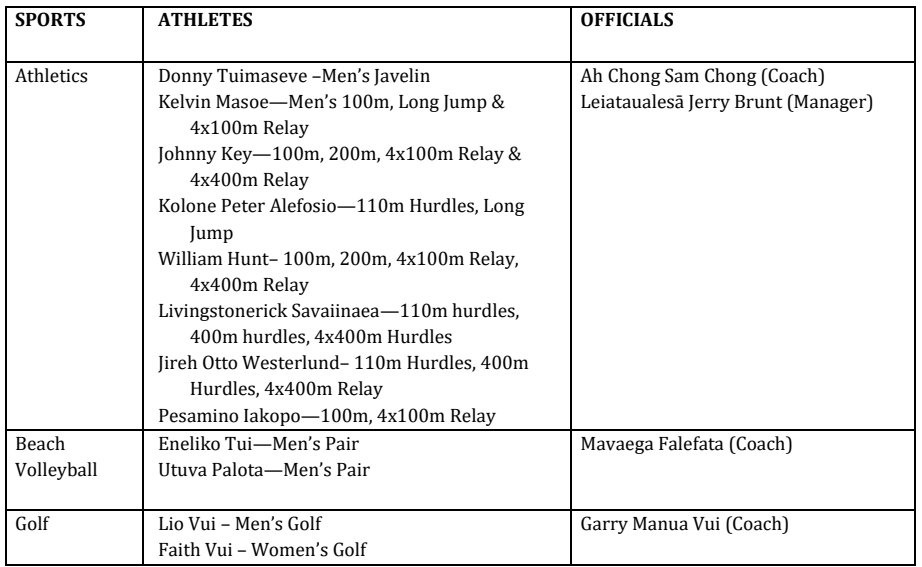 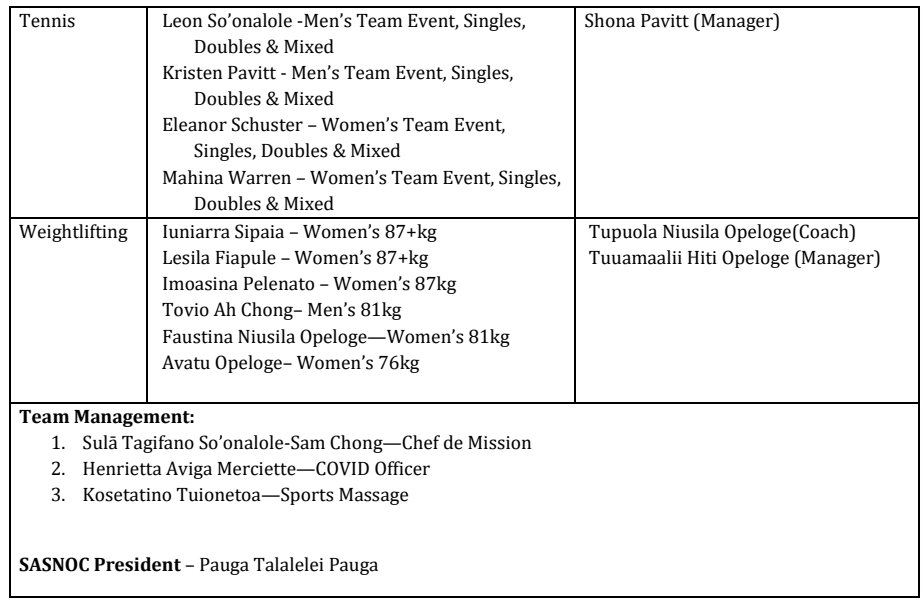