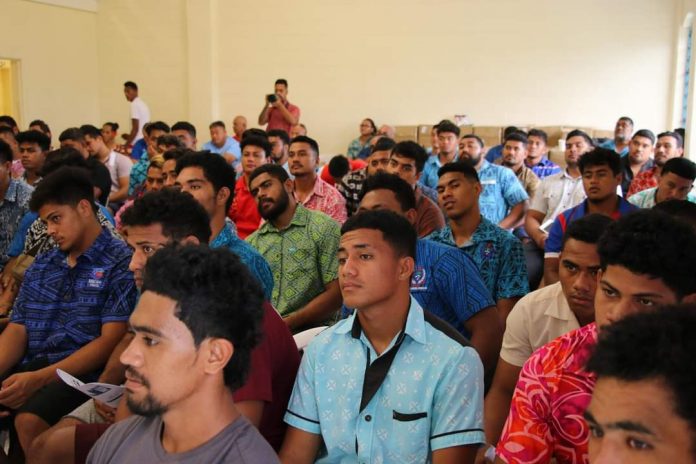 Plans are well underway for the a national 15-a-side rugby competition with over 150 players seen at the Samoa Rugby Union headquarters yesterday morning to register for the upcoming national competition.

As announced this week by the SRU, the Lakapi Championship Competition is scheduled for November 2020 as a next-level up to the previous Super 9 tournament. 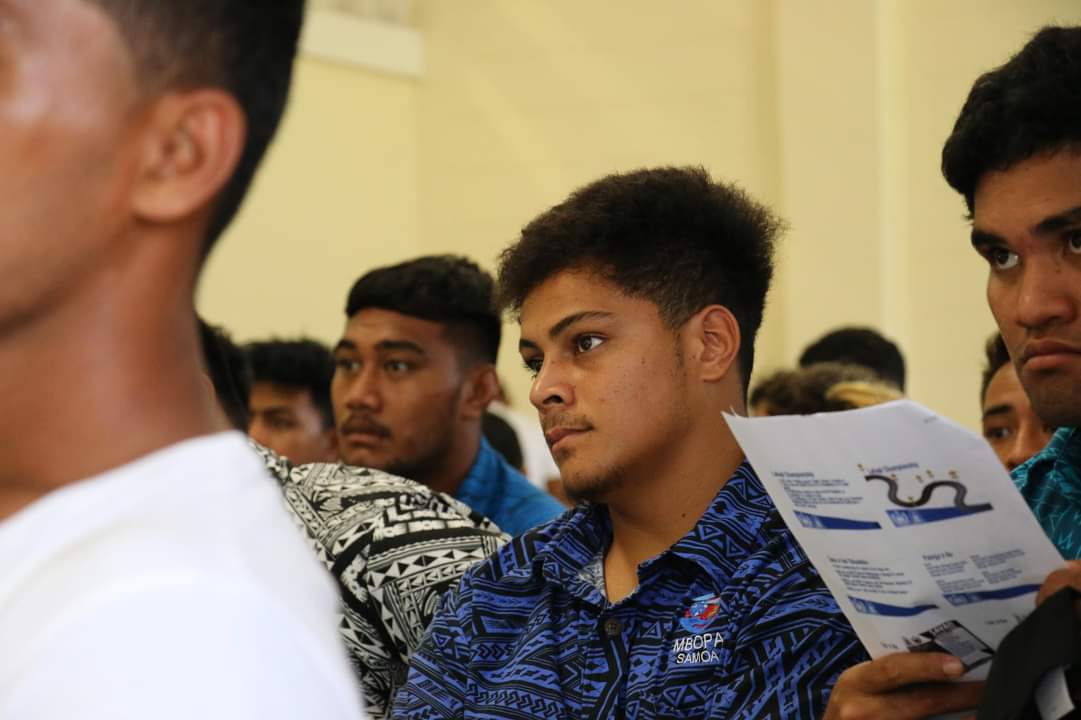 Players were asked to attend an orientation at the HPU conference rooms at Tuanaimato, and bring along a birth certificate or valid passport for registration.

The Samoa Rugby Union announced a group of 120 players and 33 reserves that would play in the tournament. Players include elite players with identified potential to play for Samoa at the international level.

“The high performance squad of players will be divided into four teams to start preparing for the Lakapi Championship”.

The SRU says the tournament would be used to finalise Academy Players for Samoa’s Rugby Union, planned to be launched in late December for its 2021 Cohort.

“..and also to select players for Manuma, Junior Manu Samoa and also the Manu Samoa”.

High Performance Manager for SRU Seumanu Douglas Ngau Chun led the orientation session to a packed room of Samoa’s youth, all with potential to represent Samoa.

Manu Samoa Head Coach Seilala Maposua was zoomed in via video link, and former Manu Samoa captain and Waikato Chiefs Mahonri Schwalger was one of the presenters.

Many eager players showed excitement and enthusiasm to have been called in for the competition. Two Tepatasi players had caught the bus in from Aleipata early in the morning, to make the 9am session.

Malo Feagiai and Manuia Tiumalu told Samoa Global News that they work the land and look after their families since finishing school at Aleipata College. They both aspire to rugby as an alternative career path.

The tournament is set to kick off on Friday 6th November 2020, with matches starting at 5pm, to be played under the lights at Apia Park stadium.