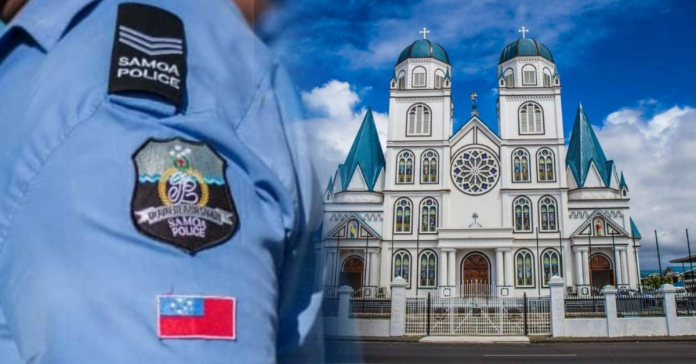 Police Commissioner Su’a Fuiavailiili Egon today confirmed that 69 written letters and 34 verbal warnings were issued across Upolu and Savaii to church ministers who did not comply with the State of Emergency orders which had come into effect 12am Saturday 21st March 2020.

Samoa’s State of Emergency Orders prohibits gatherings of more than 5 people at any public place. The orders specifically listed church, sports and general entertainment gatherings as well as bars, nightclubs, theatres and any place where “people accustom for social gatherings”.

Commissioner Keil told the media this morning that the Samoa Police Service were kept busy on the first Sunday of Samoa’s lockdown with over 100 church congregations from nearly every major denomination in Samoa, who had ignored the order against public gatherings.

“We had people calling from different locations and we had to respond;

“Our patrols responded to these churches and advised them to shut down.”

Su’a Fuiavailiili says the Samoa Police Service had to respond twice and at times, even three times to some church congregations. 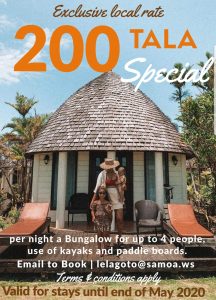 A total of 69 written warning letters were issued with 36 in Upolu and 33 for Savaii.

“There were also a further 54 Verbal Warnings issied; 34 Upolu and 20 Savaii. So in all, police patrols responded to a total of 123 violations of SOE orders by churches.

The Catholic church topped the list with 24, EFKS had 19 congregations holding services while the Assemblies of God (AOG) had 15. There were four Methodist congregations and seven from ‘other’ denominations.

No violations were recorded for the Church of Jesus Christ of Latter Day Saints (LDS) who had issued a worldwide suspension of all church gatherings last Friday in response to the spread of the new coronavirus.

Police Commissioner Su’a Fuiavailiili Egon said the penalties are severe and individuals can face fines of up to $10,000 tala or 2 years imprisonment.