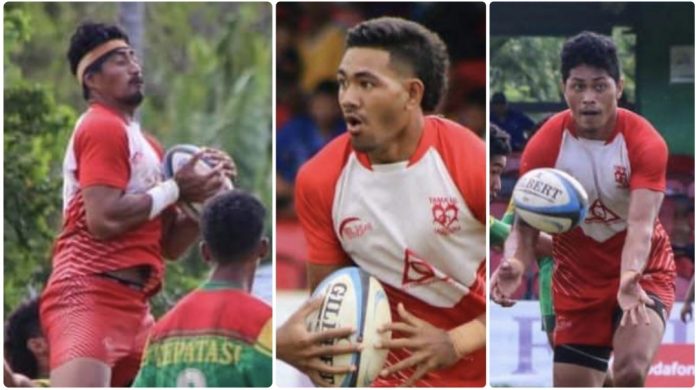 They defeated reigning national 7s series champions Tepatasi from Aleipata, 19-7 in what has been described as a pulsating final.
“Both teams came into the final with unblemished records breezing through the pools, quarters and semis..”
Tama Uli beat Satalo 38-0 and Lotofaga Vailoa 48-0 in the pool games. In the quarter finals Tama Uli beat a young BBE Vaiala side by 34-7 before taking out Marist St Joseph’s Club 38-7 in the semi final. MSJ had taken out reigning Marist International 7s Champs, Laulii Lions, by 20-5 in the quarter finals.
Tepatasi beat AST Scopa 27-7 in the quarter finals before taking out a valiant Siumu side 24-14 in the semi final.
The final was down to the team who made the fewest mistakes and it was Ott Constructors Tama Uli who rose to the occasion, converting every opportunity that came their way into points.
Playmaker halfback of Samoa’s National 7s squad Des Sepulona won the MVP award for an outstanding performance throughout the tournament. 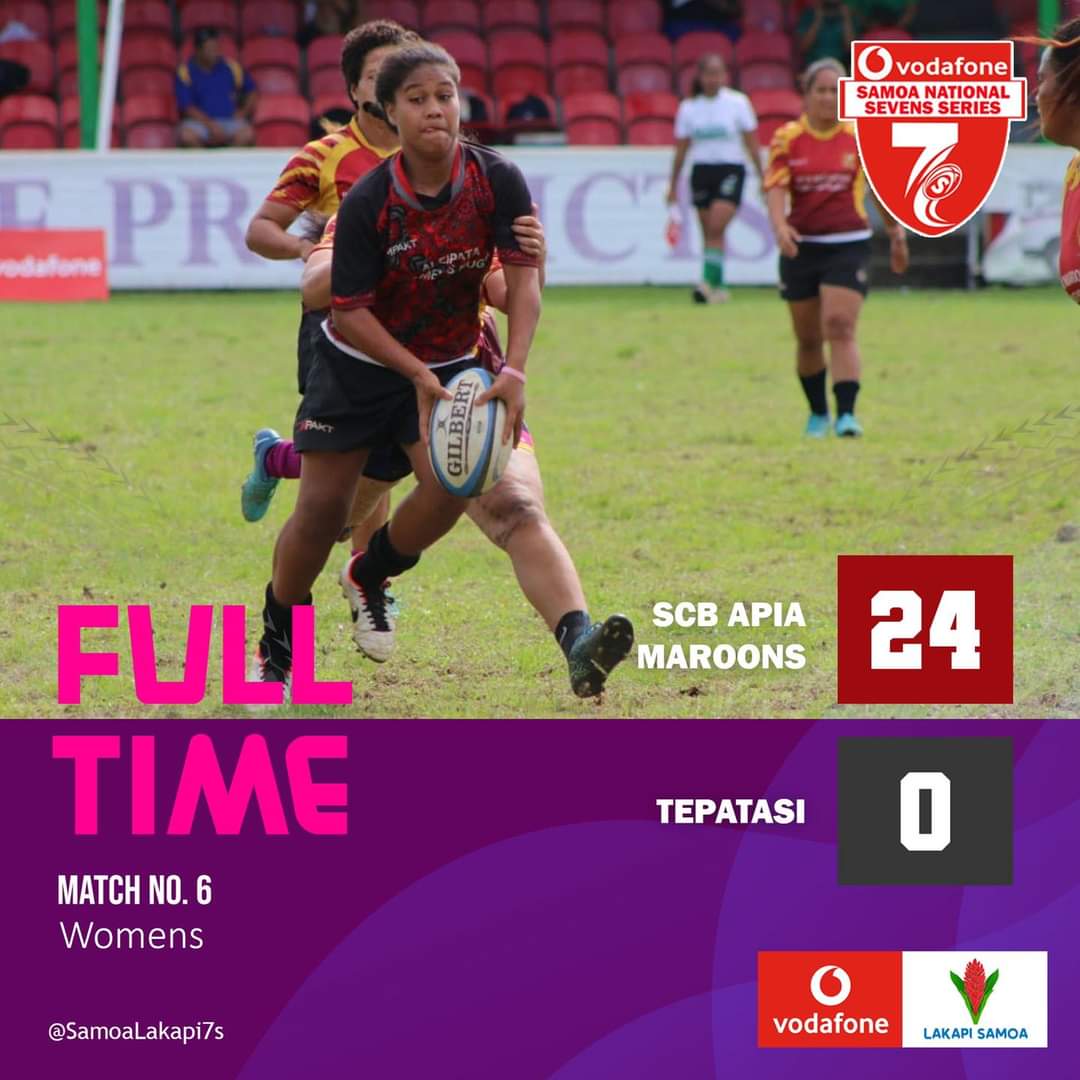 For the women’s competition, SCB Apia Maroons won the cup final after completing the round robin undefeated. Jasmine Esekia of SCB Apia Maroons was awarded MVP for an outstanding performance during the women’s competition.
Lakapi Samoa acknowledged the tournament’s major sponsor, Vodafone Samoa for their continued support for the development of Samoa’s youth through rugby. They also acknowledged associate sponsors: Samoa International Business Finance Center, Pacific AusSports and Coin Save.
“Without sponsors, the Vodafone National Sevens Series 2021-2022 would not be a reality”.
Round 2 will be played at Apia Park Stadium this coming weekend.
Lakapi Samoa thanked its service providers for their hard work during the first round of competition..
To watch the action from Round 1, tune in to TV3 Facebook Page: https://www.facebook.com/tv3samoa where you’ll find footage from Day 1 and Day 2.