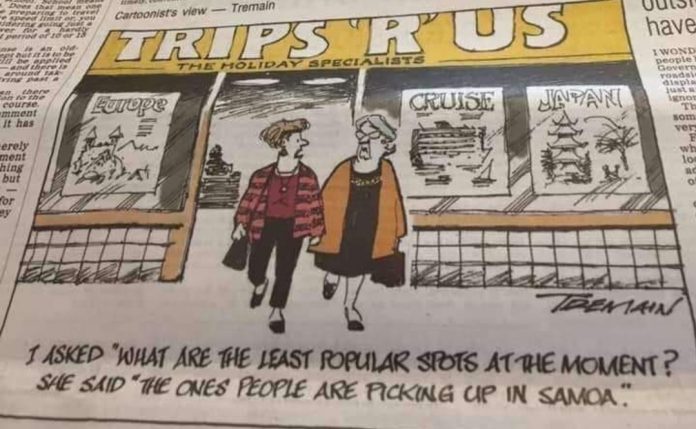 Otago Daily Times featured a gutless cartoon in their paper this morning making fun of the measles epidemic in Samoa that has claimed 55 lives, 23 of them babies under 12 months and 27 children between 1 and 4 years old.

The cartoon features a conversation between two women leaving a travel agency. One lady asks “what are the least popular spots at the moment?”
“The ones people are picking up in Samoa” the other lady replied.

Since then the Otago Daily Times have released a weak apology regarding the cartoon illustrated by Garrick Tremain, that states:

“Today the Otago Daily Times published a cartoon making reference to the measles crisis in Samoa.”

“The content and timing of the cartoon was insensitive and we apologise for publishing it.”

Well known NZ Journalist John Campbell took to Twitter to express his disgust over ODT’s actions. Campbell describes the cartoon as “terrible” and a “shameful assault”.

Garrick Tremain has had a history of making sexist/racist/harmful cartoon strips.

Samoa continues to try and contain the measles outbreak with latest reports confirming 3,881 cases to date. The New Zealand Government has mobilised the Royal New Zealand Air force to deliver vaccines and medical stores to Samoa and had funded 100,000 MMR vaccines through UNICEF. 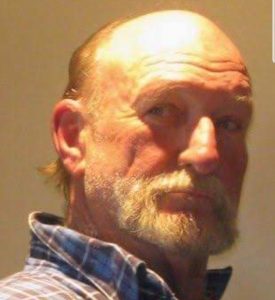