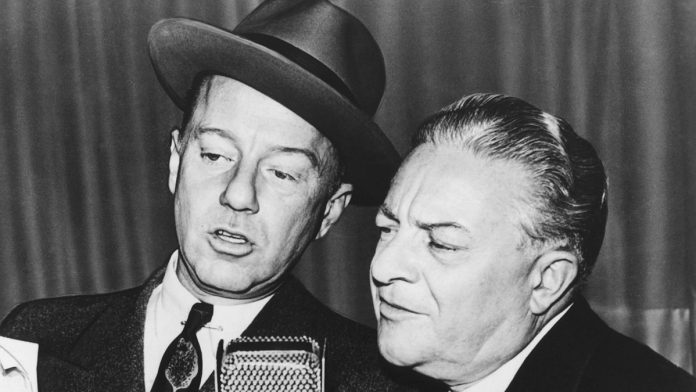 On this day in 1926, the two-man comedy series “Sam ‘n’ Henry” debuts on Chicago’s WGN radio station. Two years later, after changing its name to “Amos ‘n’ Andy,” the show became one of the most popular radio programs in American history.

Though the creators and the stars of the new radio program, Freeman Gosden and Charles Carrell, were both white, the characters they played were two black men from the Deep South who moved to Chicago to seek their fortunes. By that time, white actors performing in dark stage makeup–or “blackface”–had been a significant tradition in American theater for over 100 years. Gosden and Carrell, both vaudeville performers, were doing a Chicago comedy act in blackface when an employee at the Chicago Tribune suggested they create a radio show.

When “Sam ‘n’ Henry” debuted in January 1926, it became an immediate hit. In 1928, Gosden and Carrell took their act to a rival station, the Chicago Daily News’ WMAQ. When they discovered WGN owned the rights to their characters’ names, they simply changed them. As their new contract gave Gosden and Carrell the right to syndicate the program, the popularity of “Amos ‘n’ Andy” soon exploded. Over the next 22 years, the show would become the highest-rated comedy in radio history, attracting more than 40 million listeners.

By 1951, when “Amos ‘n’ Andy” came to television, changing attitudes about race and concerns about racism had virtually wiped out the practice of blackface. With Alvin Childress and Spencer Williams taking over for Gosden and Carrell, the show was the first TV series to feature an all-black cast and the only one of its kind for the next 20 years. This did not stop African-American advocacy groups and eventually the National Association for the Advancement of Colored People (NAACP) from criticizing both the radio and TV versions of “Amos ‘n’ Andy” for promoting racial stereotypes. These protests led to the TV show’s cancellation in 1953.

The final radio broadcast of “Amos ‘n’ Andy” aired on November 25, 1960. The following year, Gosden and Carrell created a short-lived TV sequel called “Calvin and the Colonel.” This time, they avoided controversy by replacing the human characters with an animated fox and bear. The show was canceled after one season.

Office of the Ombudsman Notice for COVID19

PPS Super 9 National Rugby Comp Provides a Pathway for All