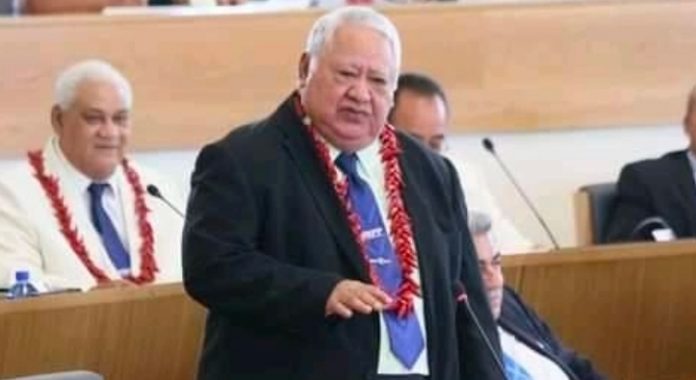 Samoa’s former Prime Minister now sitting on the opposition side of Parliament for the first time since HRPP’s close to 40 year reign had raised the question of why the Budget was not passed to the Parliamentary Finance Committee for screening and consultations after its second reading.

The new FAST government started their first Parliamentary sitting last Tuesday 14 September 2021 without the 18 HRPP MPs and when the Appropriation Bill was put forward, a special motion to accelerate its passing by skipping the Parliamentary Committee was moved and passed. An approach not unfamiliar to Samoa as it had been applied from to time by the HRPP government to also put through various legislation to be passed in Parliament.

After the swearing in of HRPP Members of Parliament on Friday last week 17 September the Legislative Assembly met as a complete House on the following Monday, with the Appropriation Bill being the main topic of discussion and debate.

Before proceedings began Tuilaepa raised the question with the Speaker as to why the Budget had not been referred to the Parliamentary Finance and Expenditure Committee for screening, “as per Standing Order 33”, he said. 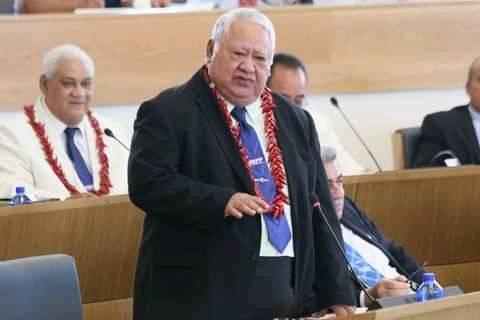 Tuilaepa says he knows that they (HRPP) are late to join the party (tautuaupega) but just wanted to know why the proper process had not been used.

“I know that we are late to attend Parliament but that does not take away the fact that our role is to advise you (Speaker) about the Standing Orders of Parliament,” Tuilaepa said.

“When we were sworn-in last week we were reminded of the guidelines that we should follow in Parliament as Members of the Legislative Assembly, guidelines of honesty and integrity to lead us,” Tuilaepa added.

The Opposition Leader said the budget should be referred to the Finance Committee who are then able to meet with all the Chief Executive Officers and Heads of Government Ministries and SOE’s to discuss their respective budgets.

“Whatever needs to scrutinized  or needs to be improved, that will be the role of the Finance Committee to advise and consult with these CEO’s,” Tuilaepa said.

Prime Minister Fiame Naomi Mata’afa stood to respond and said, the important word from the opposition leader is “tautuaupega” (too late) and Parliamentary proceedings are moving forward.

She urged the Speaker to continue with the motion that had been passed in the previous week. She told Tuilaepa that this was a transparent way to openly discuss the Buget and allow the public to hear what each MP had to say about it.

“This way the whole country can observe and listen to what each MP has to say,” Fiame said.

“I advise you the opposition leader to accept what has been passed in Parliament,” she added. 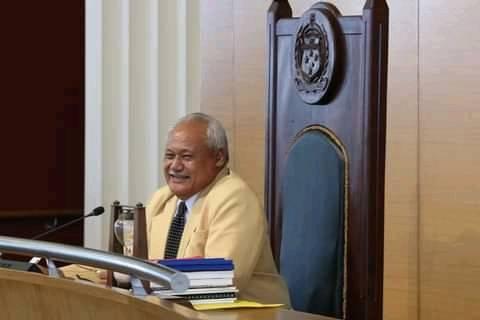 Fiame went on and said the opposition members have all the opportunity during maiden speeches and parliamentary addresses to  ask questions of the Minister of Finance.

The Speaker, Papali’i Li’o Ta’eu Masipa’u also told Tuilaepa quoted Standing Order 78(8) where Parliament cannot go back to an issue that has been passed.

Tuilaepa said he was talking about the Standing Order, 35 and 45 which guides the work of the Parliament each day. He added that the Appropriation Bill should always be given to the Finance and Expenditure Committee of Parliament.

The Soeaker has not responded to questions about which MPs have been selected into the various Parliamentary Committees.