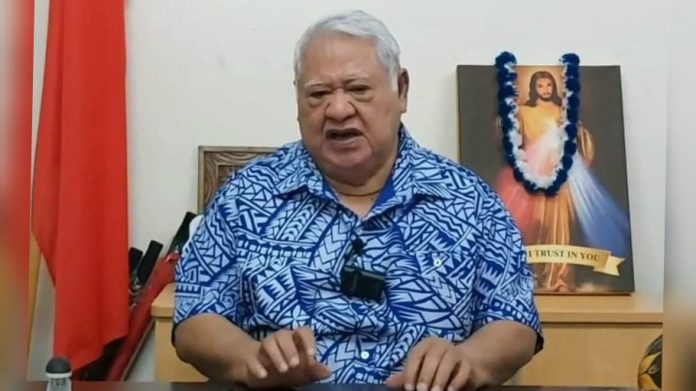 The leader of the opposition has raised the question of FAST party fundraiser events during official overseas travel by members of Cabinet.

The former Prime Minister said it was inappropriate for Cabinet Ministers to lead fundraising activites for their political parties because the integrity of the roles are affected. He added that his HRPP party had a rule against this.

Tuilaepa said he was referring to recent overseas trips including a tour of the United States.

FAST party Chairman and Minister of Agriculture and Fisheries, Hon Laaulialemalietoa recently travelled to the United States on a visit to thank party members for their support and financial assistance during the recent elections that led to the change of government. He was accompanied by Associate Minister of Police Hon Fepulea’i Fa’asavalu Sua and party secretary Vaaaoao Salu Kalisi Alofipo.

Secretary Vaaaoao told SGN the trip to the United States was important to personally thank and acknowledge the vast group of FAST party members who had sent funds and shown support throughout the 2021 election campaign and post-election crisis.

Last month, during the Two-Samoa talks in Pago, Prime Minister Fiame Naomi Mataafa and a contingency of Cabinet Ministers travelled to American Samoa to reignite discussions after two years of Covid-19 lockdowns. The FAST party held a fundraiser on the Territory that weekend which coincided with the official trip.