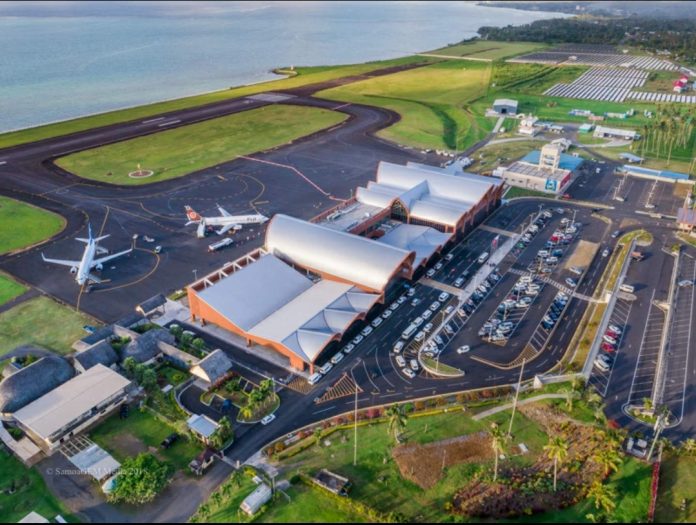 5 January 2019, Apia, Samoa. A breakage in old high voltage underground cables that affected airport runway lights was the cause of a cancellation of aircraft night operations to Samoa’s international gateway yesterday.

General Manager of Samoa Airport Authority Magele Hoe Viali confirmed that the fault occurred at 5pm Thursday night and by 7pm this evening, the airport was fully operational.
“Our runway lights were fixed this evening at about 7pm. Airlines were notified yesterday of outages and were advised that it may take 24 – 48 hours to remedy due to the issue of parts being  unavailable locally.”

“But airlines have now all been advised that the night flights are back to normal.”

Swift action to remedy the situation led to just one flight affected – NZ 992 due to arrive from Auckland at 9pm last night will arrive today.

Samoa Airways Marketing Manager Dwanye Bentley confirms that “there have been no cancellations as a result” for Samoa’s national carrier.

Air New Zealand has confirmed that a larger plane would be used to accommodate passengers on the cancelled flight.

“We will upgauge our schedule service tomorrow from an A320 aircraft to a larger Boeing 787-9 Dreamliner aircraft.”

Magele also confirmed that plans are underway to replace the old cables as part of an ongoing World Bank project.

“These runway lights and cabling will all be replaced when new ones are installed under the current WB upgrade project which is also repaving the whole aircraft apron and runway”.