The Fire and Emergency Services Authority responded to a call at around 4pm Tuesday afternoon when a truck overturned and crashed into the side of the road.

FESA Commissioner Tanuvasa Petone Mauga confirms one man was declared dead on arrival at Leulumoega District Hospital while the other was in critical condition when his team handed him over to the Motootua National Hospital Emergency Services team. 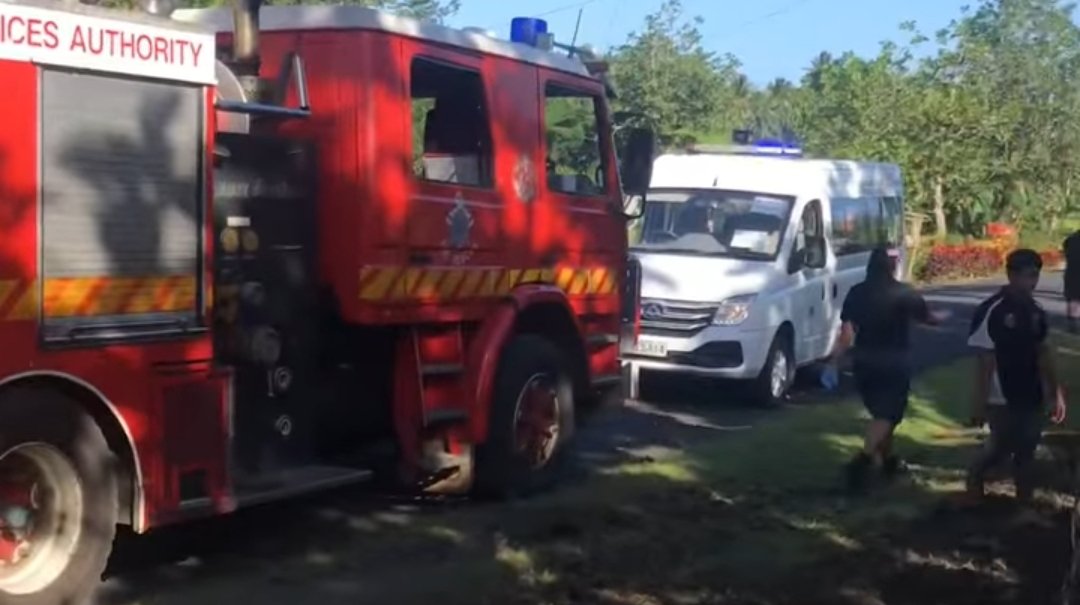 The public had moved the two men from the overturned truck and stopped passing vehicles to transport the victims to the hospital by the time FESA arrived.

The Commissioner confirms the FESA team met them on the way and transferred to injured into the ambulance.

“Sadly one man was declared dead on arrival at Leulumoega;

A witnesses who filmed the incident after the crash told Samoa Global News the truck was speeding and when it came to a bend infront of their home, it lost control and crashed.

“Lucky there were no kids walking along the road at that time,” said Gafa Finau.

“My older brothers helped to bring them out of the truck and went with them to the hospital”  she said.

Samoa faced a string of motor vehicle accidents throughout the month of August. Before Father’s Day a young girl was struck by a vehicle at Faleula as she was crossing the road after stepping off a bus. A Leusoalii crash on the eve of Father’s Day claimed two lives and a crash in Apia two weekends ago claimed the life of a Malua Theological College student.

Commissioner of Samoa’s Fire and Emergency Services pleads with the public to take care on the roads and keep to the speed limits.

“These are unfortunate tragedies that are avoidable if drivers maintain within the legal speed limits. We call on all drivers to please be more careful and remember that speeding will only put yourself and others in danger,” said Tanuvasa.

Fatal Accident at Leusoalii on the Eve of Father’s Day