The dialogue aimed at strengthening partnerships and to promote proactive engagement between the Office of the Ombudsman/National Human Rights Institution and Parliament in the realisation and protection of human rights in Samoa.

The dialogue targeted specific Members of Parliament who have a direct engagement with the work of the Office particularly the Special Committee tasked to review and scrutinise the Office’s annual State of Human Rights Reports and Members of Parliament of villages piloting Recommendation 20 of the National Inquiry into Family Violence Report 2018.

The two day sessions were an opportunity for the Office to clarify the mandate of the Office and give an insight into some human rights issues commonly raised in annual State of Human Rights Reports.

The Ombudsman, Maiava Iulai Toma, in his opening statement explained the role of the Ombudsman in Parliamentary democracies. He said in essence, it is an extension of Parliament in furthering the effectiveness of the work and responsibilities of Parliament.

“The Ombudsman Office assists Parliament in the scrutinising and holding of the Government to account for its actions in governance”.

Maiava further explained that in the area of human rights the Ombudsman as the National Human Rights Institutions of Samoa strives to keep Parliament well informed of the state of human rights in Samoa and of developments that are vital to the protection and promotion of human rights.

“The Parliament in turn scrutinizes NHRI reports and calls on implicated entities to answer on matters raised involving them. From these reports Parliament can make recommendations to Government on actions to enhance the enjoyment of human rights by the people of Samoa,” said Ombudsman, Maiava Iulai Toma.

Parliamentarians throughout the two-day sessions were taken through some of the common misinterpreted human rights issues and unpacking some of the misconceptions surrounding them that are seen as a barrier hindering Parliamentarians from thoroughly debating these issues in the house.

For example, in discussion of sexual reproductive health rights, it was important that Parliamentarians were addressed as an issue that does not represent or mean advocating for just the “physical act of sex” as many quickly come to understand rather it concerns the overall health and development of both men and women and about accessibility to health services and information in order for people to make well and informed decisions about their sexual health.

Issues around freedom of speech, limitations of the exercising of rights, children’s rights, etc. were also heavily discussed.

It was an opportunity to address misunderstandings about the National Human Rights Institution as not an Office established to force foreign ideas such as human rights in Samoa as many including Parliamentarians come to understand it but an Office tasked to bridge the gap between Government’s international obligations and the actual enjoyment of human rights in the national level so that Samoa appreciates and understand human rights from own context. In addition monitor and hold the Government to account for its human rights obligations. 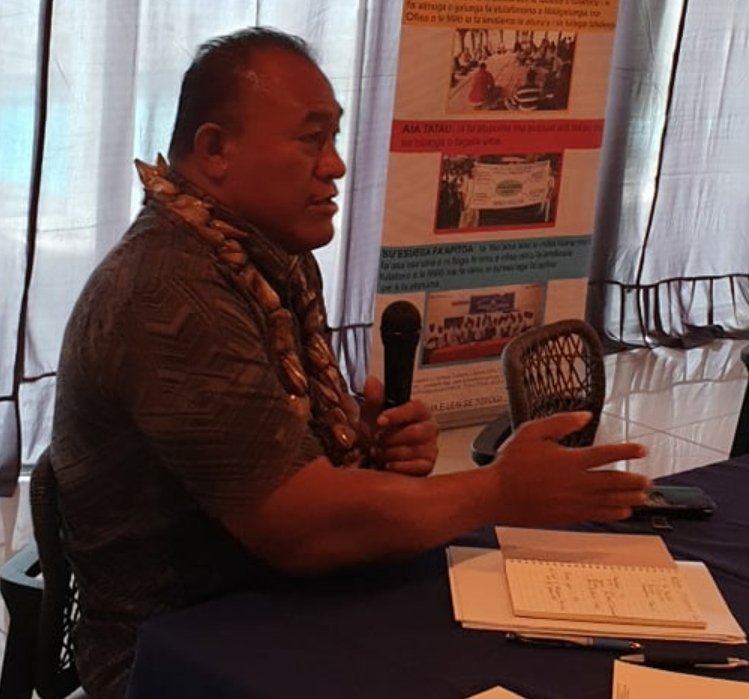 The MPs had the pleasure of hearing from Ms Katalaina Sapolu on her experience at the Commonwealth Secretariat as the former Senior Director of Governance and Peace Directorate.

Ms Sapolu emphasized the important role of Parliament as ‘Guardians of human rights”. She stressed “well democracies have a system of checks and balances at the executive, legislative and judicial levels, and each of these levels play its own unique and vital role in this democratic balance. Alongside this system is the Ombudsman acting as the National Human Rights Institution, an additional, accountability layer that checks to see if the system is working to the benefit of people”.

Deputy Speaker, Hon. Nafoitoa Talaimanu Keti acknowledged the importance of having these sessions done regularly for members of Parliament as a reminder for MPs who are not familiar with the vital and important role of the Ombudsman as the auspices of Parliament.

“I am glad these sessions have taken place and I like to see it more often done for Parliamentarians discussing human rights reports. It’s important that we are well informed of issues raised in the State of Human Rights Reports by Ombudsman Office, in turn, can better advocate and discuss it…we need a shift of mind-set in our system, a healthy democracy, and our people are best served when all arms of Parliament are working in sync supporting and balancing each other’s role”. Deputy Speaker, Nafoitoa Talaimanu Keti.

The Office acknowledges the support and commitment of Australia Department of Foreign Affairs and Trade through UNFPA for making this possible.