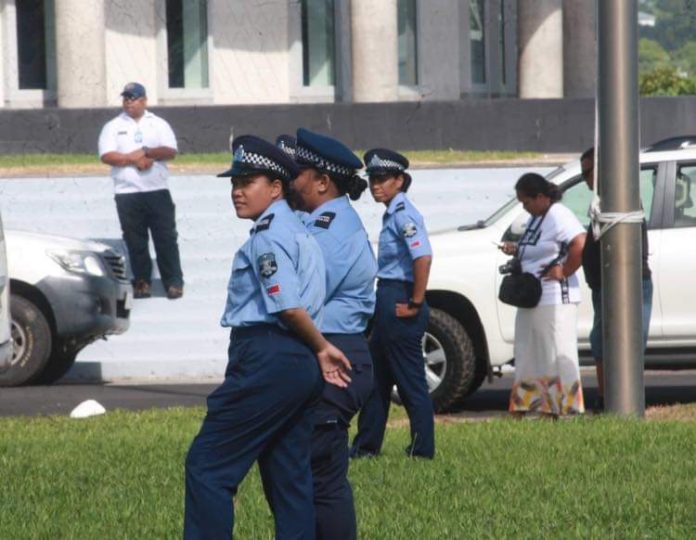 On the eve of Samoa’s 59th Independence, the Office of the Ombudsman issued a statement acknowledging the unprecedented phase Samoa is going through in her political history, and making special mention of the Samoa Police Service in upholding safety measures whilst allowing citizens to exercise their basic freedoms.

The Office of the Ombudsman is also Samoa’s National Human Rights Institution and in their release, they say they have been closely monitoring the events on the ground and they are assured that people have been able to exercise their fundamental human rights and freedoms as guaranteed by the Constitution.

“The nation regardless of their political affiliations have exercised their freedom of association, freedom of assembly, freedom of movement and freedom of speech without retaliation or being subjected to any restraint or arrest”.

“We commend the Police for ensuring the safety of everyone as well as the public and essential services for their uninterrupted work in serving the people despite these uncertain times”.

“We also commend the people of Samoa for responsibly upholding peace”.

On social media, however, many young women who participated in the Monday 31st march to Tiafau and happily posed for media photos, have since asked to have their pictures taken down due to the online harassment they have received. Cyber bullying has reached an all time peak during the past few weeks of the political crisis as red and blue divisions emerge in the workplace, social clubs, churches, villages and within homes.

The Ombudsman does go on to say their office joins Samoa to unite and uphold principles of good governance as mandated by law.

“As our political, religious, and cultural leaders work through the means available to them to arrive at a peaceful, fair, and just resolution of the political situation, the Office joins all in the spirit of solidarity while upholding the principles of good governance and the protection and promotion of human rights as mandated by law;

“The principles and values of democratic governance have governed our country since Independence as we navigate our nation’s ship as a young democracy”.

“Respect for democracy, the rule of law, human rights, and good governance, fused with our unique culture and Christian beliefs, have made us a beacon of stability in our Pacific region and afar”.

The Ombudsman says these same  values are key to Samoa’s efforts towards a resolution, “which we are confident will be reached”.

The Ombudsman calls for mutual respect between the three branches of government, adding an emphasis on the independent role of the Judiciary..

“We earnestly call for those values and principles to be upheld and maintained, wherein there is mutual respect between the three branches of government – the Executive, the Legislative and the Judiciary and their respective critical roles;

“The independence of the judiciary is integral to upholding the rule of law”.

The Office of the Ombudsman also offers advice to the public service and people of Samoa.

“We encourage our institutions and public service to continue to be guardians of these values and principles.

“Lastly, we remind all of our responsibility and respect for human dignity”.

“On the eve of our Independence anniversary, we wish our leaders and the people of Samoa a peaceful Independence Day”.